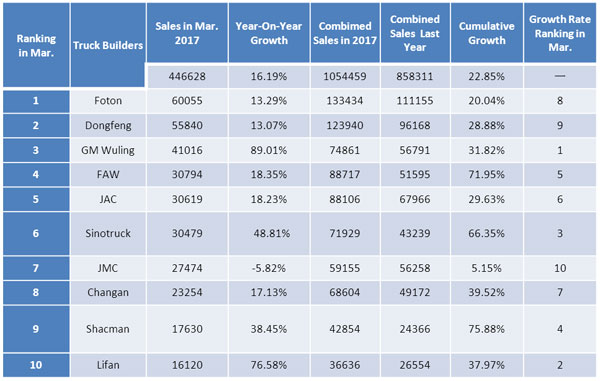 In March, 9 of top ten enterprises has seen a growth and only one builder JMC has shown a decrease (down by 5.82%). Shanghai GM Wuling and Chongqing Lifan enjoy the largest growth rate, which increases respectively 89.01% and 76.58%. Seen from accumulative sales data, in the first three months of 2017, the commercial vehicle sees a total sales volume of 1,054,459 units, up by 22.85% year on year. Top ten enterprises all see growth with FAW and SHACMAN having the largest growth rate, both over 70%. Detailed ranking is as follows: 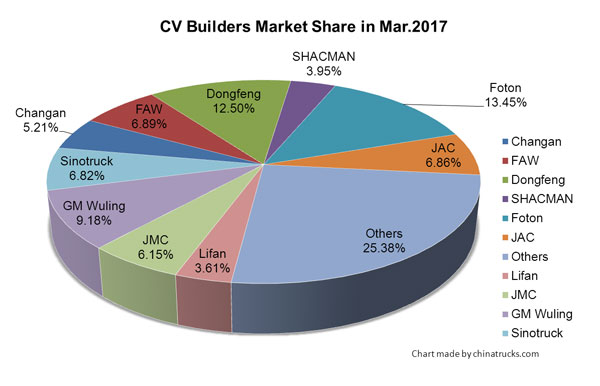 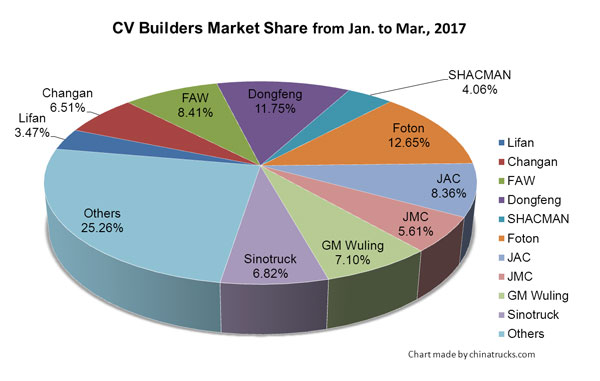