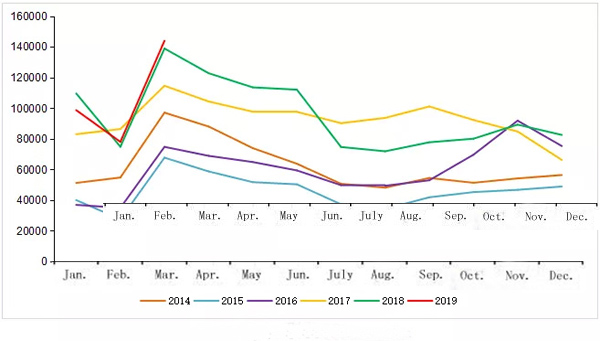 Some 144,000 heavy-duty trucks were sold in March in China, up 85 percent month on month, according to cvworld.cn, an auto industry information service provider.

Analysis from cvworld.cn attributed the surge to the launch of infrastructure projects and booming sales of natural gas-fueled trucks.

Heavy truck sales are highly related to the economic climate in China and are usually in line with major economic indicators, such as the purchasing managers' index (PMI).

The PMI for China's manufacturing sector came in at 50.5 in March, up from 49.2 in February, the National Bureau of Statistics (NBS) said Sunday.