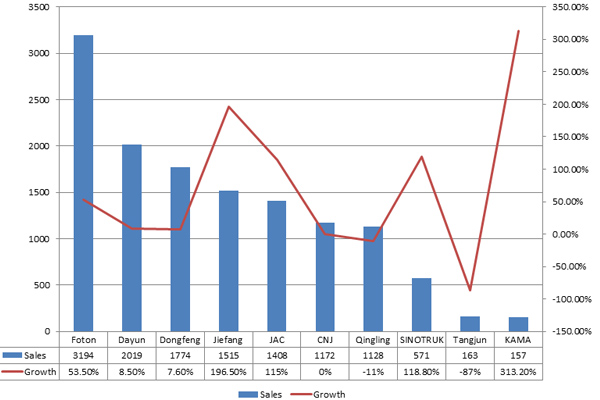 Specifically, seven out of ten medium-size truck makers saw a positive increase. According to the list, Jiefang, Sinotruk and JAC saw the greatest increase, rose by 196.5 and 118.8 percent and 115.0 respectively year on year. 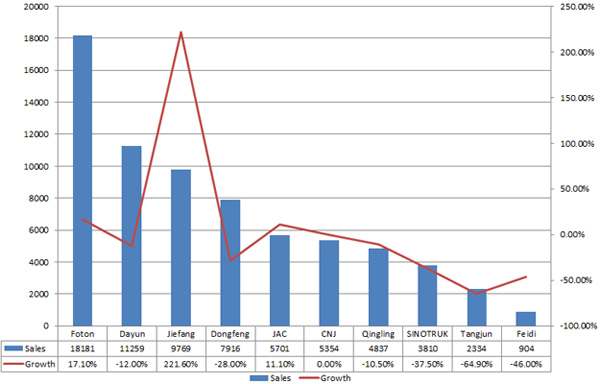 During the first half of 2020, FAW Jiefang saw the biggest increase with a growth of 221.6 percent year-on-year. Another two companies achieving a possitive growth are Foton and JAC, which are up 17.1 percent and 11.1 percent respectively. Seven companies in top ten saw a decline of various degree. One company even dropped by 64.9 percent on a year-over-year basis, hitting a record low.