China’s dumper sales went up by 45 percent reaching 23,600 units in September alone. While the combined total sales of the first nine months went up by 11.1 percent to 202,800 units as against 182,500 units over the same period last year. The combined total increase is slightly more than 3 percent as against the 7.8 percent rise achieved during the January to August period.

Dumper Sales Ranking For the First Nine Month of 2020 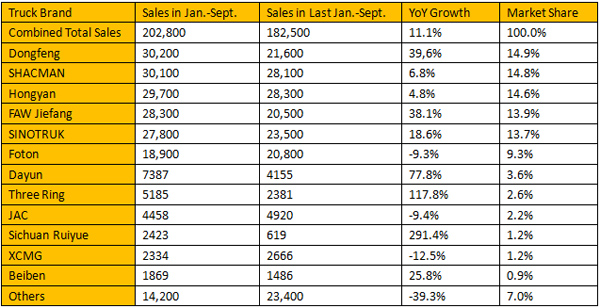 Heavy-duty dump trucks have continued to rise for five straight months since May this year at an average rate of 50.91 percent.

Dongfeng moved into first place with monthly sales of 4400 units of 14T dumpers or higher and total combined sales of 30,200 units for the first nine months. These figures represent a total combined market share of 14.9 percent and a 40 percent increase over last year. SHACMAN, in the second place, sold only 100 units less than Dongfeng with its sales up 14.8 percent for the first nine months, reaching 30,000 units compared to the same period last year. 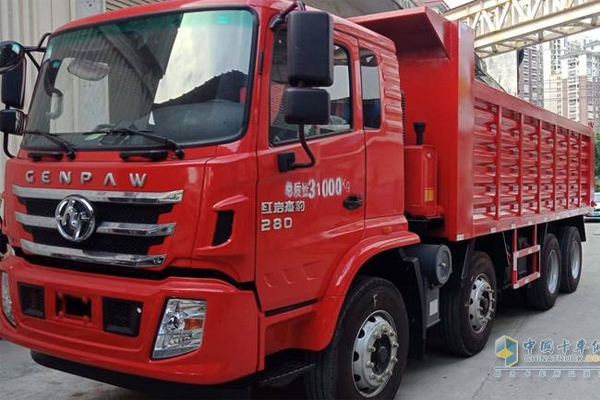 During the first nine months of 2020, Hongyan saw its dumper sales up 5 percent from the previous year to 29,700 units with a market share of 14.6 percentm, making it move into the fourth place after had kept the No. 1 position for months.

In particular, three-wing reported a 118 percent year-over-year increase in dumper sales volume to 5158 units for the first nine months. There are only a narrow gap of 2400 units between No.1 and No.5.