Jiefang Qingdao to Increase Its Production Volume to 1,000,000 Units in March

FAW Jiefang Qingdao Automobile Co., Ltd. (hereafter referred to as FAW Jiefang Qingdao) officially resumed its production on the fourth day of China’s lunar new year. Since then, the company has been rolling out 950 units trucks each day, including over 800 units medium- and heavy-duty trucks. 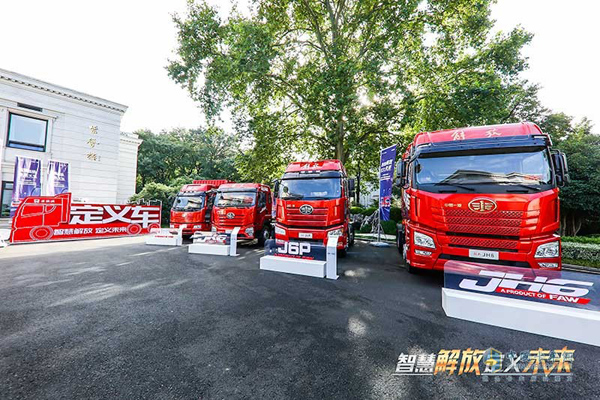 According to the company, it assembles a truck in just 72 seconds. In January this year, over 20,000 units trucks manufactured by the company were delivered to their customers across China. It is estimated that its production volume will exceed 1,000,000 units in March this year.

In addition, its new energy light truck production base, which started construction last year, will launch operation at the end of 2021.

According to Gou Changhui, the head of the company’s Production Department, its three production lines have been working in full swing since the start of this year. As China’s only production base that is able to produce light trucks, medium- and heavy-duty trucks as well as new energy trucks, the company boasts advanced technologies and has realized an extremely high level of automation in its production.

JH6 recreational vehicle, manufactured by FAW Jiefang Qingdao, is equipped with a number of travel amenities, including a bunker bed, air-conditioners, WIFI, TV, storage cabinets, a bathroom and a mini-kitchen.

FAW Jiefang Qingdao started operation in 2014 in Jimo. By constantly upgrading its production facilities and making technological innovations, it has been enjoying a fast growing popularity in the global market.