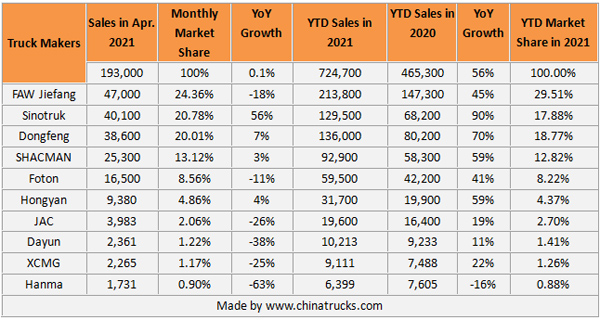 From January to April this year, the total sales volume of tractor trucks reached 366,800 units, up by 45% year on year. Beiben doubled its sales with its year-on-year growth rate reaching 204%. Dongfeng saw its sales jump by 75%. CNHTC and Foton recorded a growth rate of 69% and 68% year on year respectively.