Unlike the overall decline in the light truck market in the second half of the year, new energy light-duty truck has experienced a continuous growth since the beginning of this year. In October, its sales reached 3,498 units, which is the second highest monthly sales of new energy light trucks this year, comes just behind the 3,524 units of sales in September. 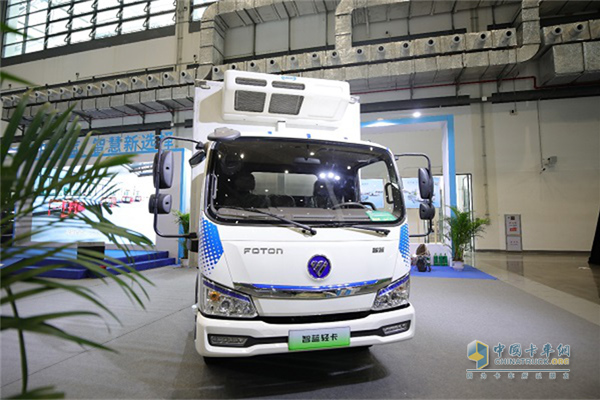 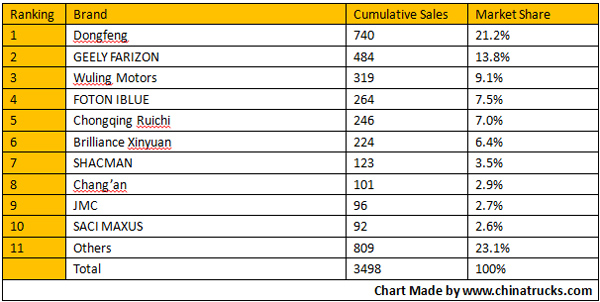 From the ranking results, the first place was taken by GEELY FARIZON again with sales of 3,396 units and YoY growth of 14.9%. The second place was taken by FOTON IBLUE new energy light truck with a sales of 2,858 units and a YoY growth of 12.5%. The third and fourth place went to Dongfeng and Chongqing Ruichi with a sales of 2560 and 2348 units and a market share of 11.2% and 10.3% respectively. Also it is notable that Dongfeng New Energy Light Truck, as the number one best seller in October, overtook Ruichi to climb to the third place in cumulative sales during January to October period. The sales for the whole year are expected to reach 30000 units and forecast for the coming 2022 will be more optimistic.