According to the data from chinatrucks.com, China’s registration volume of domestic tractor head reached 31,300 units in November, up 31 percent month-on-month, but down 55 percent year-on-year, a decline narrowed by 3 percentage points compared to that of October, 2021. The number of tractor head sold in November was 38,000 units less than last year, was only equivalent to 40% of sales in the same period last year. 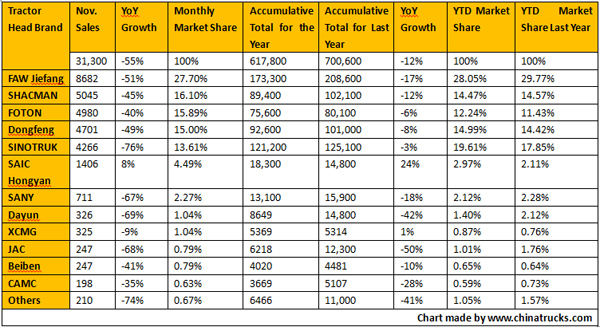 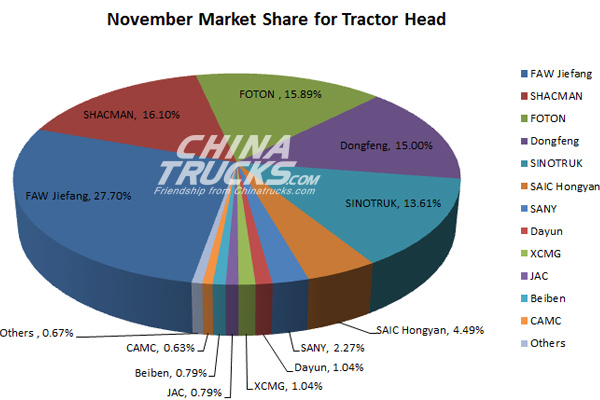 SAIC reported an 8 percent increase in November tractor sales at 1406 units. Except for SAIC Hongyan, other mainstream tractor makers suffered double-digit declines. XCMG fell 9% in November, which is the smallest drop among the top ten companies in sales. 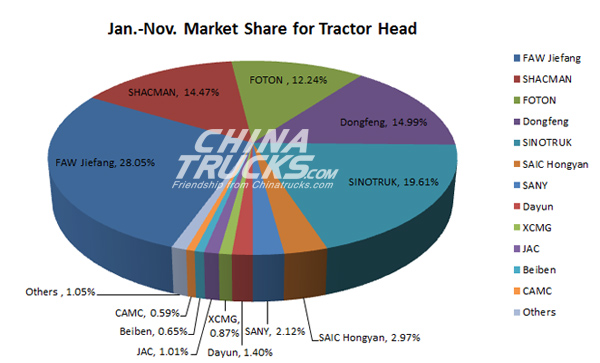