Statistics data show that China sold about 46,200 heavy-duty trucks in August, down 10% from the same month last year. Considering the first eight months as a whole, the cumulative sales volume of heavy-duty trucks amounted to 471,500 units, down 60% year-on-year. 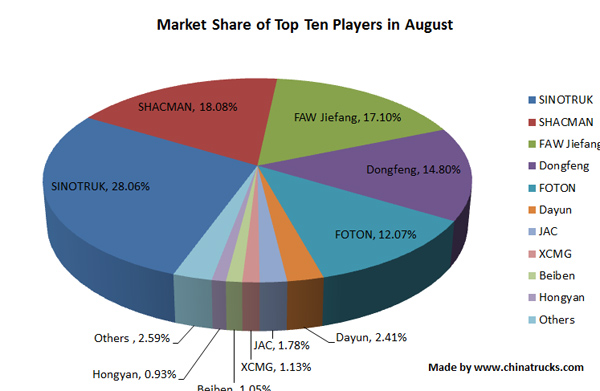 In August, heavy truck sales were up a modest 2% compared to July. Specifically, there are four companies out of the top 10 saw a positive growth, while the remaining seven suffered a decline. The four companies - SINOTRUK, Jiefang, Foton and JAC - are up 24%, 12%, 5% and 3%, respectively, compared to July. If compared to the same period last year, there are three companies among the Top 10 - SHACMAN, Jiefang and Foton – achieving a positive growth, with August sales increasing by 15%, 10% and 56% respectively. 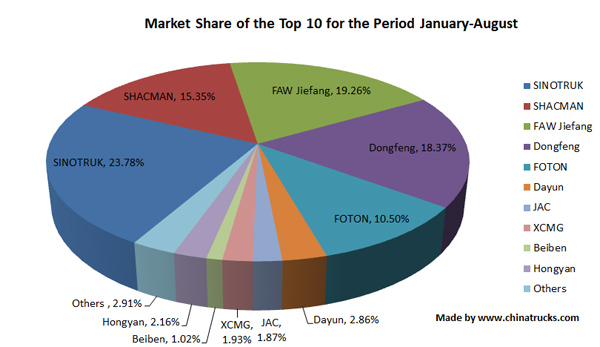