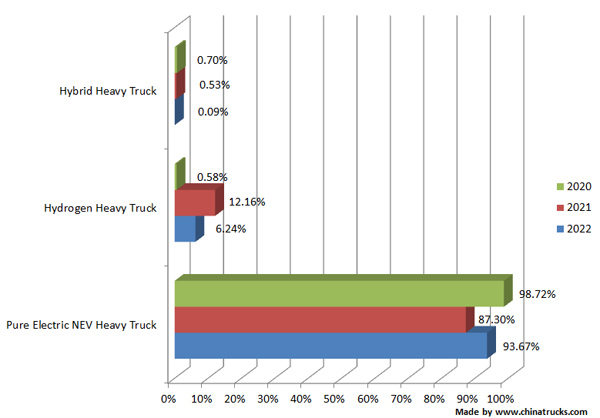 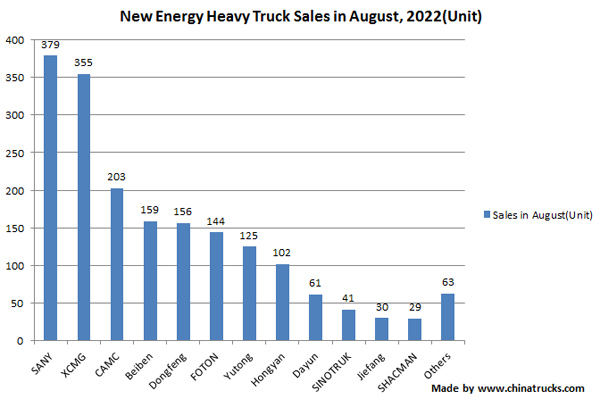 From the increase point of view, the top three SANY, XCMG and CAMC jumped 1078%, 630% and 176% respectively year-on-year. And both SANY and XCMG’s growth rate are substantially higher than that of the overall market (319%). In addition, FOTON, SAIC Hongyan, SINOTRUK and Foshan Feichi also withnessed an impressive growth rate due to the relatively small base last year.

Share Change of Each Segment of New Energy Heavy Trucks in Jan.-August from 2020 to 2022 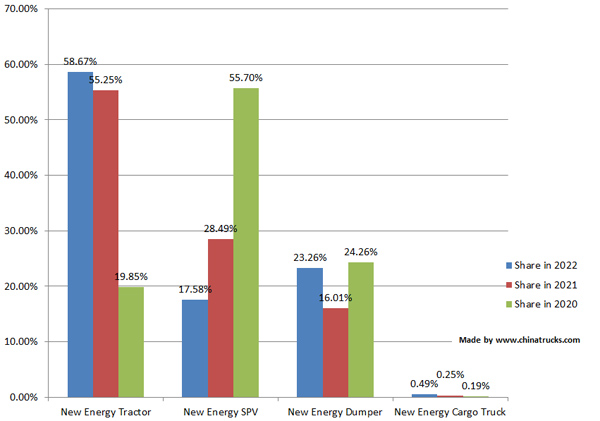 The most important reasons for this case are that new energy tractors have been operating in a mature way in mines, steel mills, power plants and ports and are ready for a wide application scenarios in future.