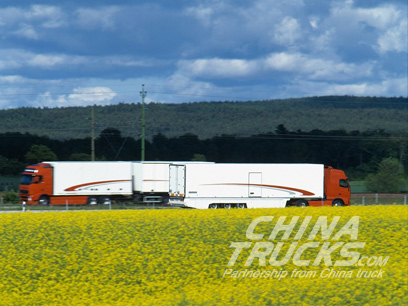 Sales of Dongfeng commercial vehicle in 2009 has up to 18.8 million units, which ensuring the leading position in medium truck industry and the second place in heavy truck industry. While the sales of Dongfeng Stocks (including Zhengzhou Nissan) break 20 million units this year; And the total sales of JAC is nearly 30 million units in the first eleven months, sales revenue more is than 20 billion yuan, which make both the highest level record; Beside this, the sales of Nnjing Iveco achieved 81,019, has a 11.31% increase than that of the last year. all of these laying a strong foundation for the sales of next year.

Compared with the passenger car market, commercial vehicle market is more closely with the country's macroeconomic trends. Thus, it mostly influenced by the financial crisis. At the same time, truck exports take the large percentage in export business in 2009. The export business suffered heavy losses during the first several months in 2009. However, with the pick up of country's overall macro-economy, the domestic commercial vehicle market has a growth in the later few months. After the hard time, Chinese commercial vehicle will embarks on a new journey in 2010.

By 2010, how to improve the strength of key parts core technology is still the urgent problem that local commercial vehicle companies to resolve. Experts believe that the core competitiveness of parts and components and self-brand development are the insufficient capacity for the domestic commercial vehicle market. The declining competitiveness remains a major bottleneck constraining their development.