Sinotruk and Shanghai Sunlong to Assemble Trucks, Buses in Pakistan

In a meeting with the office-bearers of Pakistan Association of Auto Parts and Accessories Manufa­cturers Association (Paapam), Sinotruk’s Mr Wang Haotao, who was leading a 10-member Chinese delegation, said his company aims to utilise Pakistani expertise and labour in the production of auto parts for their trucks. 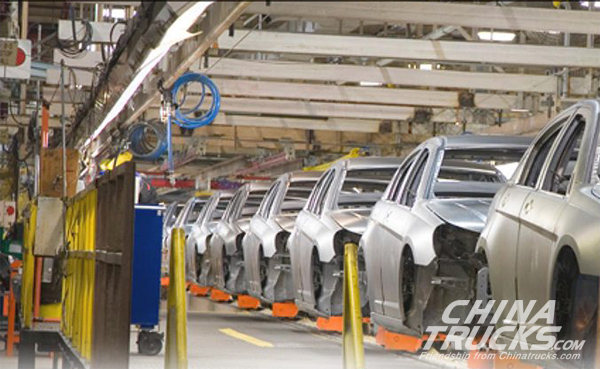 He informed the auto- part makers that his company had already exported 2,400 completely built-up trucks to Pakistan. Sinotruk produces 200,000 units per annum in China.

Chairman Paapam Mashood Ali Khan said Sinotruk officials are conducting a survey of the Pakistani truck market and will submit a report to their higher-ups.

He said he had asked the Chinese company to also bring auto-part makers in future meetings so that joint ventures and technical agreements could be signed.

Euro II-compliant buses Also on Friday, the formal launch of Sunlong buses was held in the city.

On the occasion, it was disclosed that a possibility has emerged that latest Chinese buses fitted with Euro II-compliant engines would be used for plying on the Green Line and Orange Line routes – the first two sections of the Rapid Bus Transit Service (RBTS) being constructed in Karachi.

However, the Sindh Government has yet to formally invite bids to procure buses for the said transit lines.

Nadeem Mirza, CEO of My Trading, one of the two importers of Sunlong buses in Pakistan, claimed that this was the first time large buses fitted with Euro II- compliant technology were being brought into Pakistan.

He said that these buses were equally useful for both inter-city and intra-city routes.

He said that his company was in touch with the Sindh government to explore the possibility of plying similar buses on Green Line and Orange Line sections of BRTS in Karachi.

In the first phase, some 100 Sunlong buses would be imported in next six months to get them operational on mostly inter-city routes all over the country. Agreements have already been signed for purchase and operations of 32 such buses.

Malik Khuda Baksh, chairman of Malik Group of Companies, said his company has decided to import modern passenger buses from China after successfully negotiating with banks and leasing companies.

Leasing facility and insurance coverage would be available to prospective public transporters who would decide to launch a fleet of Sunlong buses on different routes of the province, he added.

In the next stage, the assembling plant for such modern buses would also be established near Thatta, he added.

The Sindh government is required to spend Rs2 billion for procuring around 80 buses for the Green Line section of the BRTS while another 30 buses will also be procured for the Orange Line Bus Service.