CHINA, March 17(chinatrucks.com)--On March 8, SINOTRUK announced that its new energy heavy-duty trucks have been developing steadily, especially the full electric and battery swap-enabled trucks for port and mining applications have been put into mass operation. 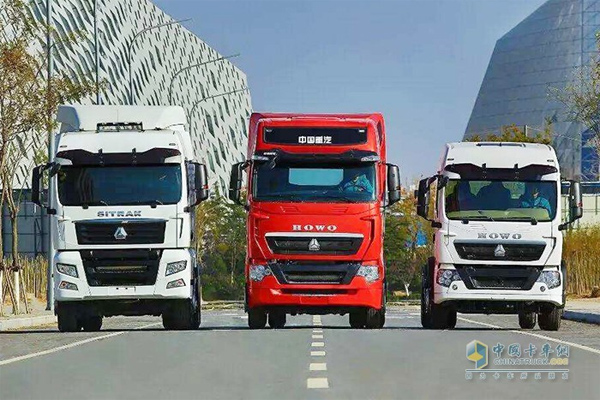 In response to the queries by one investor as to “how did SINOTRUK’s export perform these days? what are the major countries with the best performance?” SINOTRUK said that its export business was gradually resuming to normal operation since the pandemic has been kept under effective control. Its sales are rising, its exports are substantial. As a result of a substantial rise in exports, it has ranked first in China’s heavy-duty truck export industry for many years, making its products exported to more than one hundred countries and regions in the world.

SINOTRUK added that its hazardous transport vehicles are applicable to the transport of many different kinds of hazardous materials including hydrogen and can operate in a safe, efficient, and reliable way. The smart snow wax car developed by China National Heavy Duty Truck Group was delivered to serve the Winter Olympics in February. Equipped with Weichai WEF160 hydrogen fuel cell, it is the first 162kW fuel cell heavy-duty truck in China to achieve zero-emission environmental protection.

There are reports that quite a few modification enterprises have retrofitted multiple caravans on SINOTRUK’s chassis, all of which have enjoyed great reputation among customers for their safe, reliable operation and comfort riding experience. Meanwhile, SINOTRUK has previously launched a variety of electric heavy-duty trucks, and the ones specifically for the port and logistics market have been put into mass operation. Ri Zhao port and Xiwang logistics company are two customers for SINOTRUK TX electric container tractors, they said that these trucks could reach net zero and remain profitable when they operated in a battery swapping-enabled mode.