www.chinatrucks.com: Ever since China surpassed the U.S. in new car sales in 2009, auto manufacturers have paid an increasing level of attention to buyers’ tastes and preferences in that country. Many believe Buick’s success in China spared the brand from the chopping block during the company’s bankruptcy and reorganization. Despite similarly large sales figures, brand and vehicle preferences are quite different between the two countries. China predominantly favors midsize sedans and crossovers, whereas most of the top-sellers in the U.S. are pickup trucks, with the Ford F-Series leading the way. However, a recent rule change in four provinces in China could pave the way for increased pickup sales in the country, according to Reuters. Yunnan, Liaoning, Hebei, and Henan provinces now allow trucks into urban centers in an effort to stimulate economic growth. 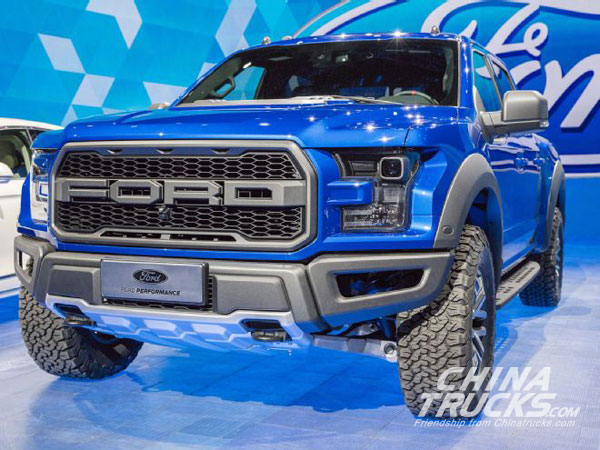 General Motors showed the U.S.-built Silverado and Colorado pickups at the Guangzhou auto show, following Ford’s announcement that it would sell the 2017 F-150 Raptor in China. Premium pickups are starting to become a status symbol among some of China’s wealthy. Up until the manufacturers’ announcements that they would officially import and sell pickups in the country, many truck enthusiasts imported the trucks through grey-market channels. Trucks are still seen predominantly as commercial and agricultural vehicles in China, although the lavish level of equipment and amenities on higher-end models gives buyers a luxurious experience. A stiff 25-percent tariff also presents a steep barrier to entry for prospective buyers. Overall sales of pickups in China still pales in comparison to the U.S., with a projected 368,791 unit sales for 2016 compared to 2.7 million units in the U.S.