On March 5, CAMC announced the vehicle production and sales results for the first two months of 2020. CAMC and the entire industry were under high pressure in the beginning of this year as it was greatly affected by COVID-2019. 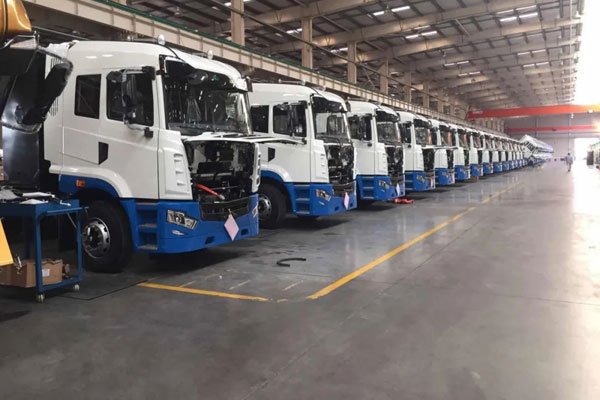 Recently, CAMC managed to roll off the first unit of heavy-duty truck and engine after they ramp up production after an extended Lunar New Year holiday because of the virus outbreak.

Furthermore, CAMC said it is going to take delivery of batches of vehicles including mixers, bulk cement trucks, crane trucks and Hanma H7 trucks soon. Meanwhile, all the promotion of huge strategic partnership is under process.

On February 28, an agreement signing ceremony was held between CAMC, Ronghe Electric Power Company and Caofeidian government. The signing of this agreement aims to set up a manufacturing facility in Caofeidian to produce battery swapping heavy-duty trucks. After this signing, CAMC will establish the whole industry chain development model ranging from production, rent, operation to services to serve the rising demands for battery swapping trucks in Tangshan city.