www.chinatrucks.com: With the unveilling of several pure electric products in Chengdu product launching ceremony, Geely Commercial Vehicle Nanchong base has already been under good preparation to roll off new products in July. On the other hand, except the electric products, the methanol engine product which will be produced in Nanchong base also make breakthroughs - Geely M100 methanol heavy truck engine conducts successful ignition. 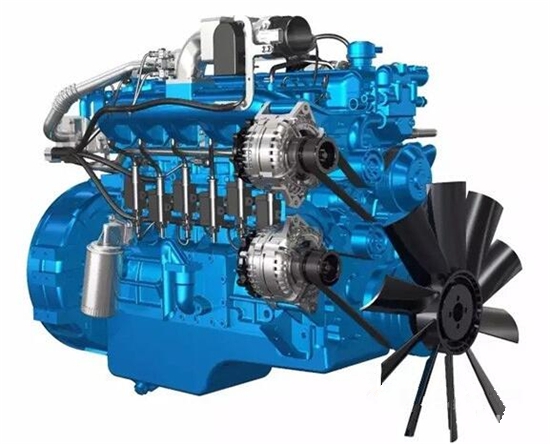 Geely Commercial Vehicle as a subsidy of Geely Holding Group spares no efforts in developing methanol driven engine, and is working on the development of several methanol engines which in future will be applied to all production lines on which light trucks, heavy trucks, buses and multi-purpose commercial vehicles are produced. In July 2017, new products will roll off the final assembly line in Nanchong base, which will be the first-class platform to apply methanol vehicle technology. According to the deployment of the whole group, in addition to annual production of 100,000 units of new energy vehicles, Geely Nanchong Base will also shoulder the responsibility of producing all methanol engines.

Methanol is a true sustainable fuel with high octane value and anti-detonating quality. It has clear advantages in economy and pollutant emission level. Methanol engine has stronger power than the natural gas engine and roughly the same with diesel engine. The successful ignited M100 12L engine is created for heavy trucks. In terms of emission, methanol has a natural advantage - producing 80% less oxynitride than natural gas and diesel engines and barely no particulate emission.