INNER MONGOLIA, CHINA, October 14 /chinatrucks.com/ - SAIC Hongyan held a ceremony on October 13, 2021 to mark the groundbreaking for world’s first 10-thousand-unit hydrogen-powered heavy-duty trucks project in Erdos, Inner Mongolia China. With a total investment of 20 Billion Yuan, the project is expected to reduce 500,000 tonnes of carbon dioxide after its construction is completed. 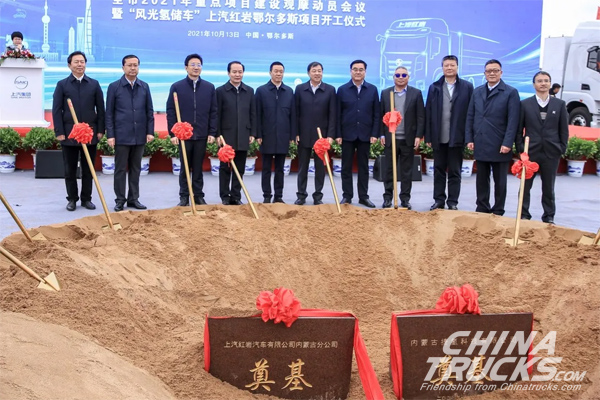 The project covers a total area of about 1200mu (approximately 80 hectares) and will be implemented in two phases. 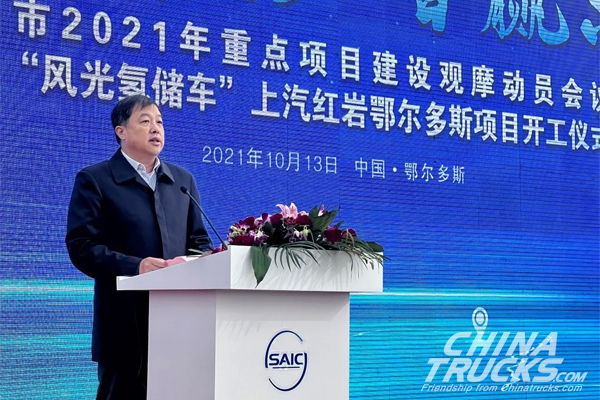 With the completion of the new project, SAIC Hongyan will be able to better meet the rapidly growing needs for new energy vehicles, together with its manufacturing base in Chongqing. By further integrating its new energy strategic resources in both upstream and downstream, Hongyan will help promote the implementation of ecological layout in the new energy heavy-truck industry and lead the way towards sustainable transportation.

The first phase of the project, which is scheduled to start production by the end of 2023, will occupy a construction area of 27750 ㎡ and start to construct a new assembly plant, test track and other necessary facilities for new energy heavy-duty trucks. The second phase is expected to be completed and put into operation by the end of 2024. Under the second phase, one new cab welding and painting workshop are being built and the general assembly plant will be further expanded, with an additional building area of 45,000 square meters. 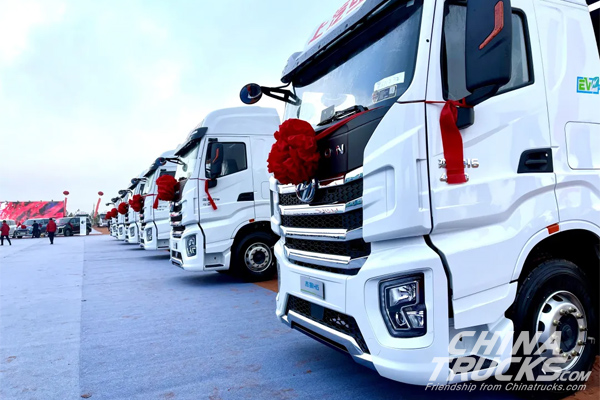 SAIC Hongyan Hydrogen-powered Heavy Truck is fitted with a fuel cell system, which is independently developed by JieHydro. The fuel cell system enables clients to access world-class power density and efficiency, and can effectively meet the demand for multiple applications with the hydrogen consumption per 100 kilometers as low as 7.5kg- 14kg.