VW Wants to Fill the Roads with Electric Trucks and Buses

Its Truck & Bus unit, which includes MAN and Scania, confirmed it is spending €1.4 billion on a step-change that includes electric powertrains, cloud-based software and self-driving technology. 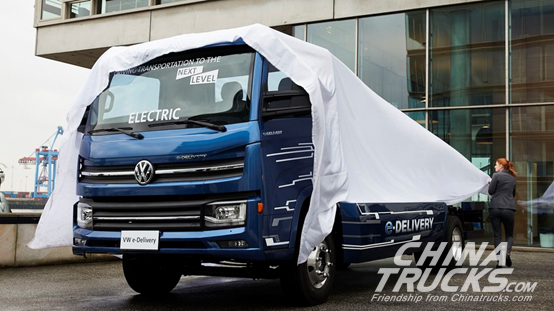 The move to electric heavy transport is gaining momentum from Daimler, Cummins, Tesla, Nikola, Nissan and a host of smaller outfits.

While a lot of the software systems will be converted from those already developed from the Volkswagen Group’s car-making divisions, the Truck & Bus division is aiming at urban commercial transport to clean up inner-city air quality.

Besides battery-electric trucks, buses and vans, it will also add bio-diesel, natural-gas and hybrid powertrains, plus fleets of all-electric buses for European cities from as soon as next year.

“We believe in a wide range of alternative powertrains and fuels, depending on local availability, social and local demand and customer requirements,” Volkswagen Truck & Bus head Andreas Renschler said at a press conference yesterday.

“Therefore it is crucial that policy makers adopt a technology-neutral approach (to regulations).” 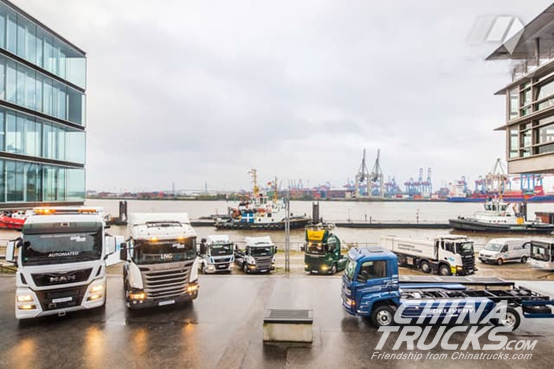 Renschler insisted battery-electric power would penetrate to about five per cent of the world’s local-delivery fleets by 2025 (that figure is expected to be between 15 and 25 per cent for cars).

Critics suggest that’s far too conservative a figure. It was, after all, Volkswagen Truck & Bus’s reticence to deliver a battery-electric local-delivery vehicle that prompted Germany’s Deutsche Post to create its own BEV van.

“With city buses, we are just hitting the break-even point compared to conventional solutions,” Renschler admitted.

“Electric distribution trucks are expected to turn positive in 2020-25,” though he admitted battery-powered long-haul heavy vehicles would be the last transport field to become profitable for owners, insisting today’s battery packs “are too heavy and room-stealing”.

Renschler came to Volkswagen from Daimler, the world’s largest commercial-vehicle maker, which has also announced its intentions to swing its focus towards zero-emission trucks and buses.

Renschler’s division is already pushing its autonomous-driving capability, but it’s avoiding complications by containing its self-driving vehicles to closed conditions, like factory shuttle buses and airport snow ploughs, though it plans to have more complex systems in production in 2019.

“The autonomous Scania mining truck standing outside of this building is ready to be shipped to the first customer overseas after this event,” Renschler said.

“This truck is not a vision. It’s real stuff, here and now.”

Besides Scania and MAN, Volkswagen Truck & Bus also owns Navistar in the US, a quarter of the Chinese truck maker, Sinotruk Hong Kong and has a cooperative agreement with Russia’s GAZ.