Situated not far from many of the eye-catching concept passenger cars in the North Hall at the Las Vegas Convention Center was one vehicle that literally stood above them all. 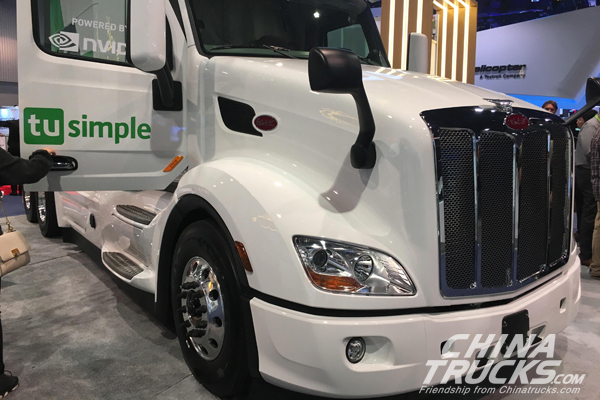 TuSimple, a Chinese company founded in 2015, used the CES 2018 show to present its Level 4 autonomous truck technology on a Class 8 truck to the general public for the first time.

"CES is the perfect platform for spotlighting our latest [Level 4] trucks, unveiling new collaborations with Nvidia and Peterbilt [Motors] and introducing our executive team," Mo Chen, CEO of TuSimple, said in a statement.

The Peterbilt truck on display was one of three the company has already started testing in Arizona, product consultant Xiaoling Han told Fleet Owner at TuSimple’s booth.

For attendees that ventured outside to PACCAR’s exhibit space in Central Plaza, they had the chance to see another Level 4 autonomous truck – this one developed by Peterbilt on a model 579. 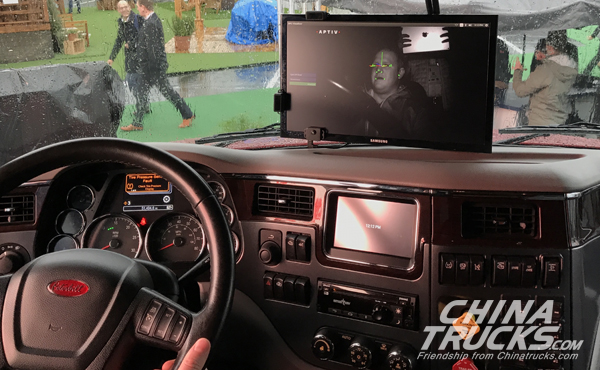 Company spokesman Nick Smith said it is the first time any truck manufacturer exhibited at the CES show, best known for the latest in consumer electronics. (Editor’s note: Check back next week an in-depth look into the trucking industry’s growing footprint at CES.)

While Peterbilt was not planning any self-driving demonstrations during CES, those who climbed behind the wheel were able to experience the driver fatigue and distraction monitoring system from Aptiv, which was recently spun-off by Delphi Automotive.

The Peterbilt truck was parked next to a Kenworth T680 equipped with a hydrogen fuel cell. PACCAR’s booth also promoted its new Innovation Center in Sunnyvale, CA.

Meanwhile, TuSimple’s Han said the three autonomous Peterbilt trucks have successfully traveled about 10,000 miles between Phoenix and Tucson, AZ. By the end of 2018, TuSimple hopes to expand the fleet to 10 trucks, which will include other truck makers.

The company’s U.S. operations are based out of San Diego, and this past July it established a testing facility in Arizona. TuSimple has built a similar truck fleet in China, where real-world testing is also underway. An in-cab video of the testing in China was continually streamed at the booth.

The company has said it hopes to introduce autonomous trucking services into the market as soon as 2019. (www.chinatrucks.com)