Recently, Dayun officially signed a sales contract with Suzhou Gaomai New Energy Co., Ltd. According to the contract, Dayun will provide 200 units electric heavy-duty trucks to Gaomai. The first batch of 30 Units were handed over to their customer in Yuncheng, Shanxi Province. 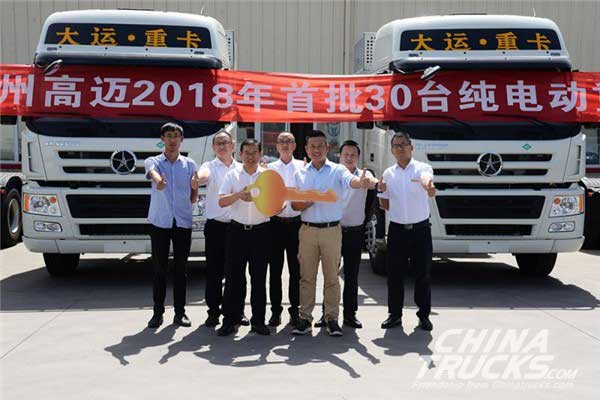 In 2017, Dayun registered a sales revenue of 15 million RMB. In March this year, Dayun inked a 70-million-RMB deal with Gaomai to meet the growing market demand. (www.chinatrucks.com)