Amazon just bought 100 electric vans from Mercedes-Benz that will be added to its delivery fleet lineup sometime in 2019. 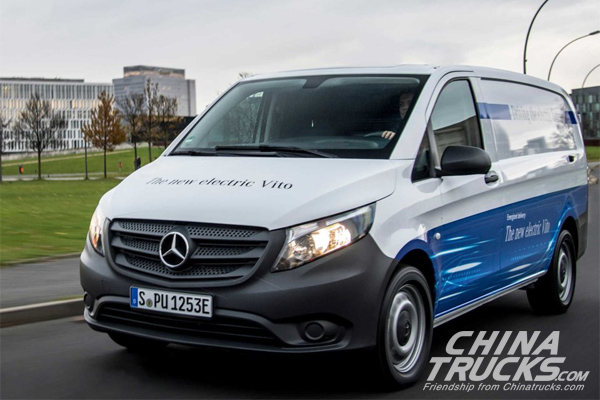 The eVito, made by Mercedes-Benz, is an upcoming transit van aimed at commercial customers, like Amazon. It will be released in 2019, but Mercedes has given a preview of what the vans will look like.

Each eVito has a range of between 62 to 92 miles before it needs to be charged again — and the charge takes about 6 hours. Mercedes has advertised the van as being "less expensive than diesel in the long term," stating that although electric vehicles are initially more expensive than gas-fueled counterparts, the lower cost of electric energy can even that out in the long run.

Amazon is also in the process of testing delivery drones, in an attempt to make some deliveries possible in 30 minutes or less. (www.chinatrucks.com)