According to the latest statistics released by China Association of Automobile Manufacturers (CAAM), China sold 21,133 units medium-sized trucks (including non-complete vehicles) in November this year, down by 9.46% year on year. The combined sales volume of the top ten players in the market totaled 20,668 units, accounting for 97.80% of the whole market. 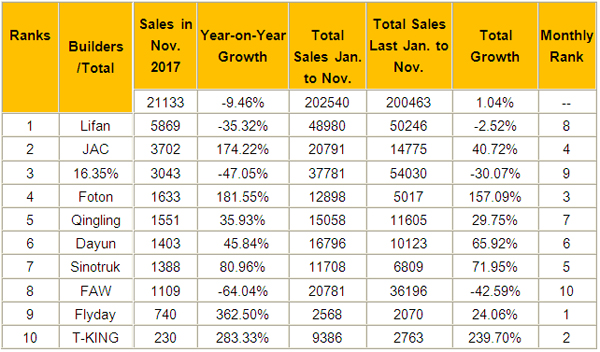 Among the top ten players, Zhejiang Flyday registered the fastest growing momentum, with its annual growth rate reaching 362.50% (its sales volume only stood at 160 units in November last year). BAIC Foton saw its sales up by 181.55%. 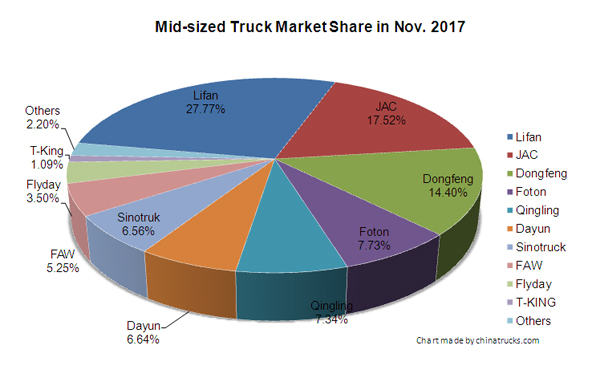 Both Dongfeng and FAW witnessed a declining trend in their sales, with their growth rate registering at -47.05% and -64.04% respectively.

Chongqing Lifan, the top player in the medium-sized truck market, saw its sales down by 35.32% year on year in November. 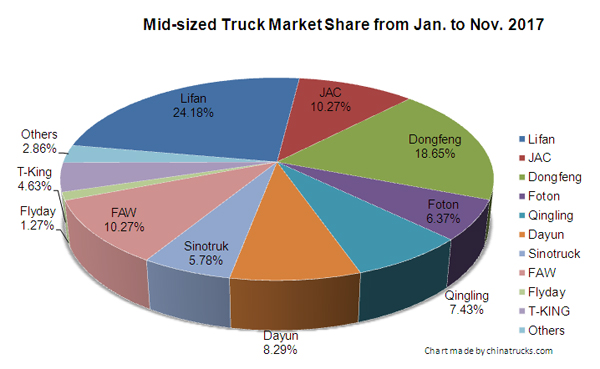 From January to November, the total sales volume of medium-sized trucks (including non-complete vehicles) in China reached 20,2540 units, up by 1.04% year on year. Shandong Tangjun Ouling and BAIC Foton were the two best performing enterprises with both of their growth rates exceeding 100%. FAW saw its sales down by 42.59%, experiencing the sharpest downturn in the industry.