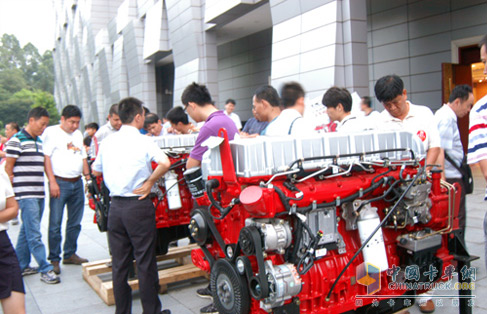 Guangzhou is the first station of this national tour show. The whole tour will last tow months, covering ten provinces and municipals such as Guangdong, Fujian, and Zhejiang. 11 trucks including mainstream ones installed with Hanma engine, monocoque light-weighted ones and LNG ones will display during the tour. These trucks are all star products of the year, covering tractors, dumpers, concrete mixing trucks, and crane trucks. The tour show not only promotes Hanma engines, but also light-weighted and LNG HD trucks, reflecting a future trend and direction of Chinese HD truck market. 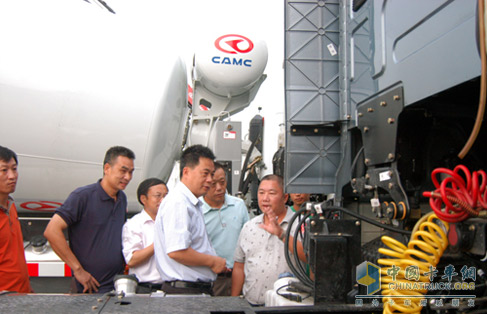 At the seminar, President Liu Hanru makes analysis on national policies and future trends. He says that the macro control will make economic growth between 7%-8%, which is beneficial to the economic structure of the whole nation and healthy development of industries as well as HD truck users. In future, investment in intercity railways, light railways, and subways will not decrease, which is a fabulous opportunity for HD truck industry.

When it comes to Hanma engine, Liu Hanru says it is developed under the concept of developing the key parts that are hard for most Chinese manufacturers. The reason for CAMC’s sound reputation in the market is not only the support of customers, but also our concept of “providing the best to customers”. This is also why CAMC tackles difficulties and keep making progress. 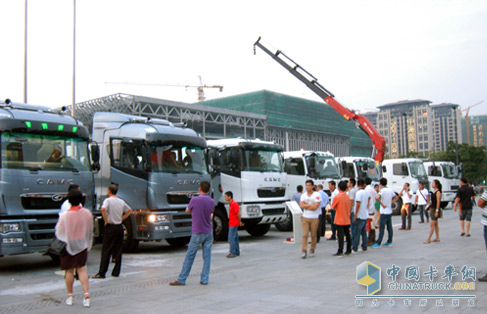 Outside the venue, engines, transmissions and trucks attract many users and customers.