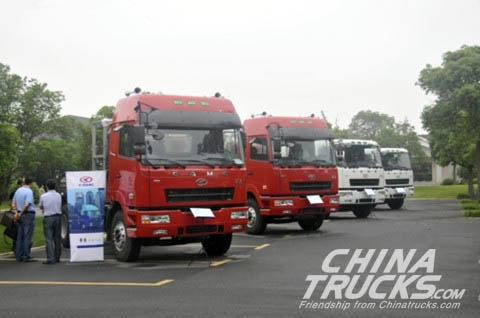 Along with the good sales of the heavy truck market, CAMC also sees satisfactory performance by selling 23047 units of heavy trucks, up by 52.94% over 2012 (15,100 units), roughly completing the preset sales target of 25,000 units earlier this year. What’s more, its rank leaps one position ahead, from No.10 to No.9.

According to the insider, except for external driving factors such as “prebuy” caused by implementation of China 4 standard, there are other two reason accounting for the increase of CAMC sales performance, “one is the upgrade of quality based on 2012 products, thus winning much recognition from users who then decide to purchase CAMC trucks; and the other is the reform of marketing system which spurs enthusiasm of marketing and sales staff.”

First of all, CAMC special vehicles see a more than 6000 units of sales, ending the decline in 2012 (4349 units), over fulfilling the year-begin target. 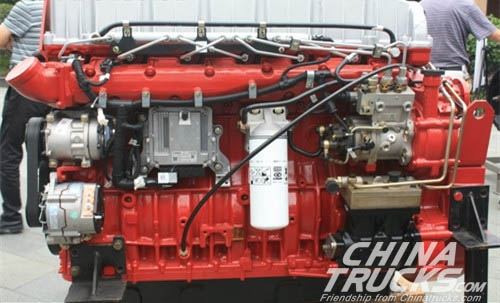 Thirdly, CAMC exports 2580 units of all types of vehicles, maintaining the good momentum and rising by 68.84% over 2012. Also, among all the vehicles exported, tractors take up 33.5%, altering the previous single export structure—only mixers are exported.

Regarding the market in 2014, the insider says “CAMC targets at 30,000 units, up by 30% over the sales in 2013 but much lower than the sales target of 2013.” By doing so, the growing trend can be protected and the untoward effect caused by excessive expansion can be avoided.

With respect to Hanma engine in 2014, the company “plans to sell 6000-7000 units” and opens more “aftermarket”. According to the insider, Hanma engine compliant with China 4 standard will be available once the standard is widely applied, but its price is about 20,000-30,000 yuan higher than the China 3-compliant engine. The increase in price will not bring too much adverse effect as other product will also increase 20,000 yuan after updated to China 4 ones. 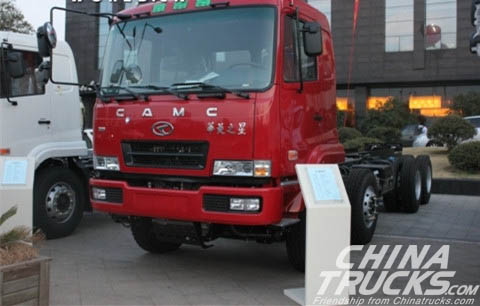 In order to realize the sales target in 2014 and maintain a good rising momentum, CAMC will make some significant alters in some respects. “First, in terms of marketing strategy, CAMC will come up with a new staff arrangement plan and releases more incentive policies; second, regarding service strategy, CAMC will further enlarge service network and strengthen trainings and skills for staff in order to build up highly qualified service stations.”

The insider also says CAMC is going to launch new models but details are not disclosed.