www.chinatrucks.com: The charitable activity themed with “Peak Power, Health Accompany You” which is held by Dongfeng Cummins in Beijing-Hong Kong-Macao Expressway Yuanyang Service Area kicked off on December, 6, 2015.This activity covers four important hinge expressway service areas and thousands of truck drivers will benefit from it. It attracted over one thousand truck drivers to attend this activity on December, 6 . It is said that, the activity covered four expressway service areas and will last month from December, 6, 2015 to January, 2016. 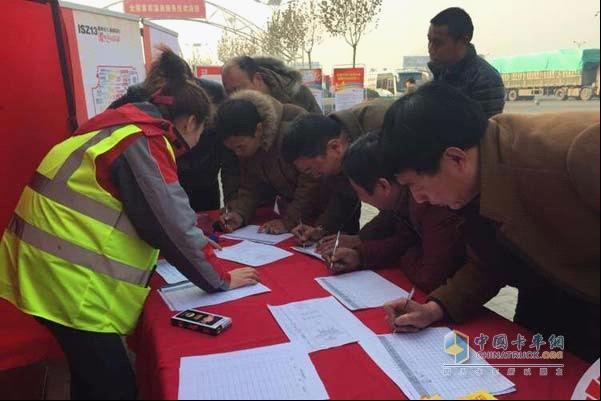