Date:2017-05-16 Source:www.chinatrucks.com
www.chinatrucks.com: April report said medium truck saw a small decline of 0.53%, with a total sales of 20,831 (including LFN), among which, the top ten best reports a total sales of 20265, making up 97.28% of the overall medium trucks it has sold in April. Generally, 7 of the 10 best sales reports a jump while the others saw a decline, especially, Shangdong T-KING OULIN reports a jump of 150.72%, the largest increase ever. While Dongfeng and FAW continue to see their sales decrease for the second month, down 6.45% and 64.16% respectively. Top ten rankings are as follows:
Top Ten Rankings for Medium Trucks in April, 2017 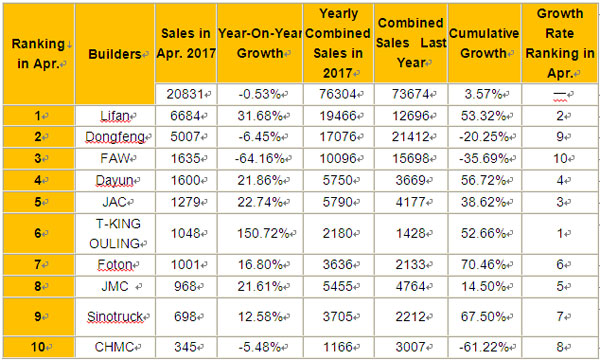 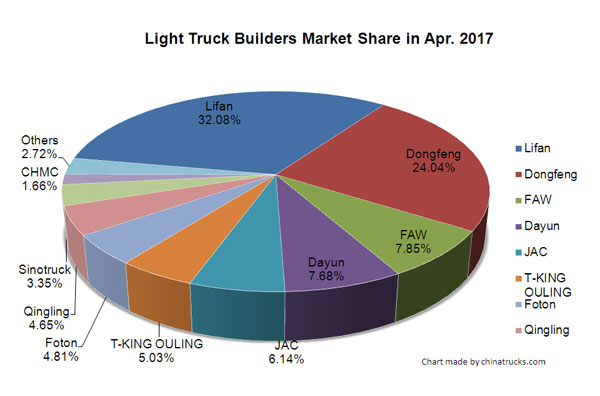 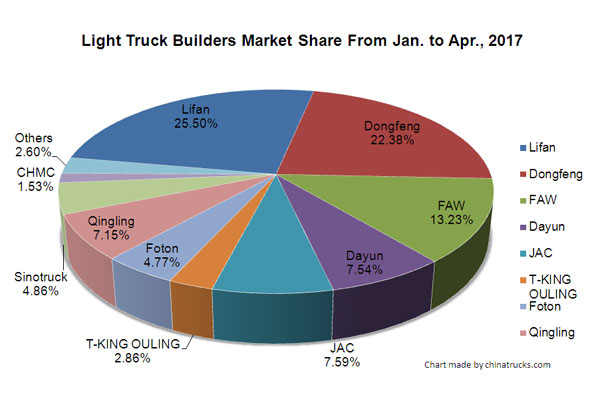