Beiben Foreign Exchange Earnings for the Export Grew by 68.5% Year-on-Year

By making great efforts to expand its overseas market, Beiben Heavy-duty Truck Import & Export Company (hereafter referred to as Beiben) saw its foreign exchange earnings grow by 68.5% year on year in 2017. Having made several new breakthroughs in its overseas market, it has become a major force in the export of mechanical & electrical products in Inner Mongolia Autonomous Region. 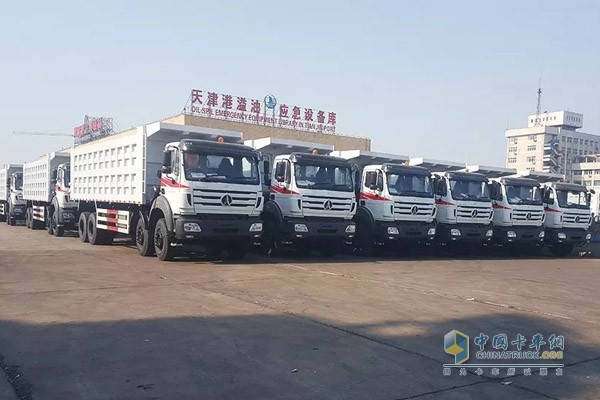 Thanks to its strengthened marketing efforts, Beiben maintained a fast growing momentum in Asia-Pacific region. In Indonesia alone, its export volume reached nearly 200 units. In addition, it won an order of 100 units trucks from Chile. It exported its first batch of spare parts to Kenya. In five countries including Ghana, Liberia and Gabon, etc., it made its first entry.

Apart from its classic products, such as NG80 trucks and self-dumping vehicles, Beiben NG09 V3ET high-end logistic vehicles have already made their way to many countries in Asia-Pacific Region, West Asia and South America, laying a solid foundation for its continued growth in the overseas markets. (www.chinatrucks.com)