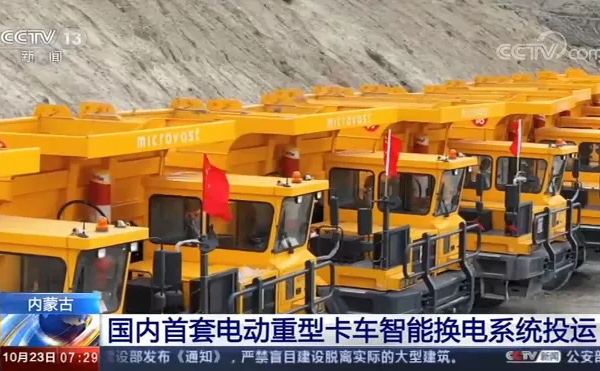 Jointly developed by Microvast and its wholly-owned subsidiary, Huzhou Microvast New Energy Automobile Co., Ltd. (hereafter referred to as Microvast New Energy), the truck, wholly powered by electricity, is ushering a brand new era for the heavy-duty truck market in China. During its trial operation in the past 100 days, the heavy-duty truck has delivered consistently reliable performances in harsh working conditions.

Particularly designed for mining purposes, the mining truck boasts a very competitive loading capacity of 60 tons. It can be recharged in 15 minutes when put on a fast-recharging mode and can be recharged for 20,000 times. Its electric motor boasts a power of 350 KW and a maximum torque of 2,800 N.m. By improving its power system, the truck can start in a faster manner, climb slopes with more ease and deliver safer and stable performances. Thanks to the intelligent battery replacement station, the heavy-duty truck is able to replace one unit of battery in just four minutes. Microvast’s one unit of battery can power a fully loaded truck for 35 kilometers. 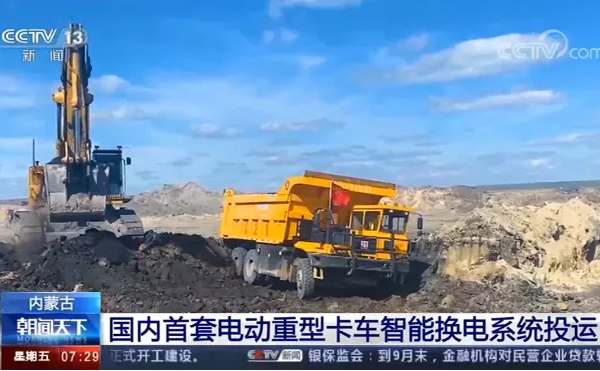 From January to April this year, the heavy-duty truck went through a number of stringent tests in temperatures as low as -40℃ and showed its formidable resilience and impressive reliability. Microvast fast-recharging batteries, featuring higher reliability, faster recharging speed, longer durability and better endurance in a wider range of temperatures, can be quickly replaced in three minutes, helping electric vehicles overcome their previous weaknesses for their inability to drive long distances.

Apart from the mining services, the heavy-duty truck can be used for short-distance transportation at ports, major construction sites and hydropower construction. According to Microvast, its heavy-duty mining truck powered by electricity has already sold over 100 units and has already been put into operation in Zhejiang, Qinghai, Shandong, Shaanxi, Hunan, Sichuan, Inner Mongolia and Tibet with an accumulated mileage of three million kilometers.