www.chinatrucks.com: On December 28, CHMC Fubang4S flagship store opening ceremony was held in Qingdao. Even the cold winter is coming, it was also difficult to resist the users’ enthusiasm, and on the day of the event the company received 51 TRAGO heavy truck orders! 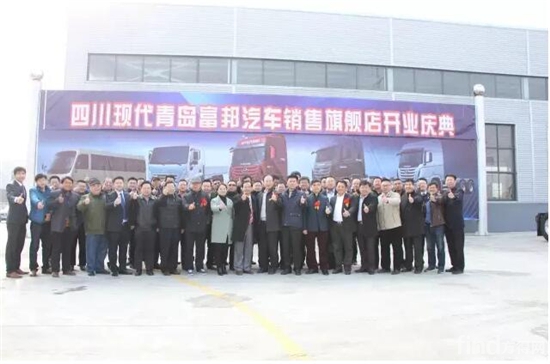 TRAGO heavy truck is acknowledged as a hot model introduced from the South Korea by CHMC, with the heritage of South Korea's leading science and technology genes, and upgraded in accordance with domestic demands. Since the launching, with the advantages of efficiency, fuel-saving, comfort and safety, the sales of terminal market continue to rise. And it also won the honorary title of "fuel-efficient champion" and "the annual tractor", highly recognized within the industry, called as the choice of logistics vehicles quality. 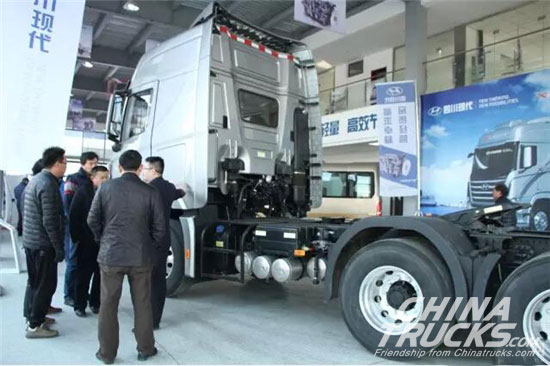 The high-quality of TRAGO heavy truck has been recognized by many users, where setting off a purchase boom, and winning 51 orders. Not only that, to review 2016, TRAGO heavy truck has reached a volume purchase orders with Tiantian Express, Qingma Transportation Company, Suzhou Logistics Commerce and many other enterprises, which showed its high product competitiveness and reputation. 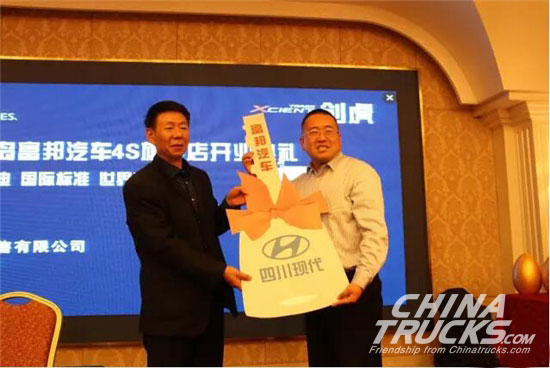 Except superior quality and sales growth, it’s also the achievement that CHMC expanding channels, deeply plowing the market and continuing to strengthen the products matrix. CHMC reinforced the brand foundation and became the world's leading commercial vehicle enterprise; it continuously strengthened the channel construction and built a perfect service system. And till now, with the terminal channels expanding and sales network covering all over the country, the visibility of TRAGO has been enhanced to face more target users. At the same time, CHMC has also increasingly improved the product line, and promoted new models as muck trucks, hazardous chemicals transport vehicles and 6X2 nine airbags tractor, to make TRAGO heavy truck products more complete to effectively meet the different high requirements of segments markets.