www.chinatrucks.com: The San Francisco Goodwill, with support from the California Air Resources Board and the Bay Area Air Quality Management District, has awarded BYD a contract for 11 electric trucks into its operations around the Bay Area.

This will be the first installation to put a fleet of electric trucks to the test in the hilly terrain of the Bay Area. The new purchase will bring 10 Class 6 BYD electric trucks and 1 Class 8 BYD electric refuse truck to the region. The 10 Class 6 trucks will replace existing collections trucks that will also be used to move donations around between the various Goodwill stores in the area. 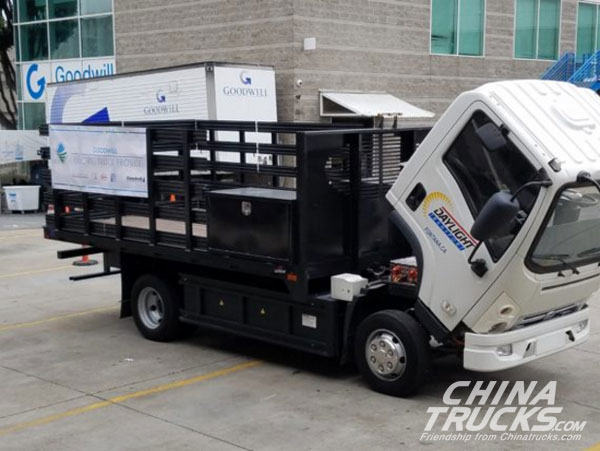 President of BYD Motors, Stella Li, sees the deployment as more proof that electric vehicles are ready for mainstream applications:
“This deployment with Goodwill for BYD state of the art battery electric trucks will show the skeptics that zero emission technology is reliable and ready for wide scale use in medium and heavy-duty trucking applications.”
Goodwill operates in 165 regions with more than 2,500 retail locations around the world and is using the electric vehicle fleet in the Bay Area to prove out whether or not it can scale the vehicles to the rest of its fleet. Over 24 months, the team will collect and analyze data to determine how the vehicles perform compared to conventional fossil fuel vehicles. The team will assess the full cost of ownership of the vehicles, which should be a substantial improvement with the BYD refuse truck alone capable of saving $13,000 in fuel and maintenance costs per year compared to conventional diesel-powered refuse trucks. 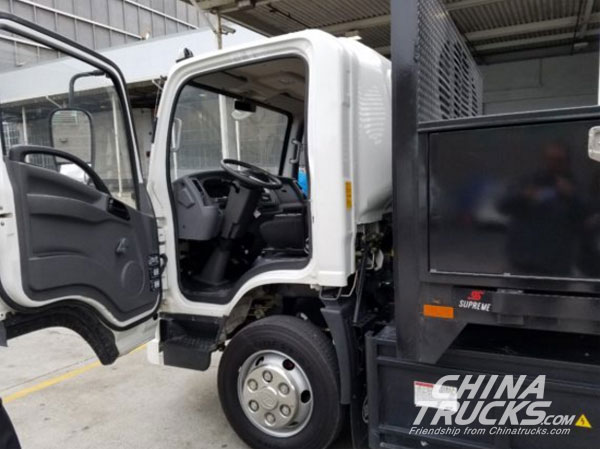 Cost, it seems, will be the ultimate differentiator that will drive fleets to convert from inefficient 19th century technologies to cutting-edge electric vehicle technologies. The Workhorse W-15 plug-in hybrid electric pickup truck similarly touted a substantial improvement in the cost of ownership over the life of the vehicle compared to more conventional work trucks like the Ford F-150.
BYD estimates that the new fleet of electric trucks will eliminate more than 1,355 tons of greenhouse gas emissions and nearly 1.2 tons of criteria and particulate matter emissions over the lifetime of the vehicles. The program taps into California’s cap-and-trade program funds, with the Bay Area Air Quality Management District and SF Goodwill covering the remainder of the purchase.
Related China Trucks News
Do You Want Any Help?