The US-listed firm -- which has strived to utilize unmanned vehicles to beef up delivery efficiency -- said the EV80 autonomous light truck jointly developed with SAIC Maxus is equipped with radars, sensors, high-precision mapping, and a positioning system that can detect obstacles from 150 meters away and rearrange the route, according to a Sina news report. 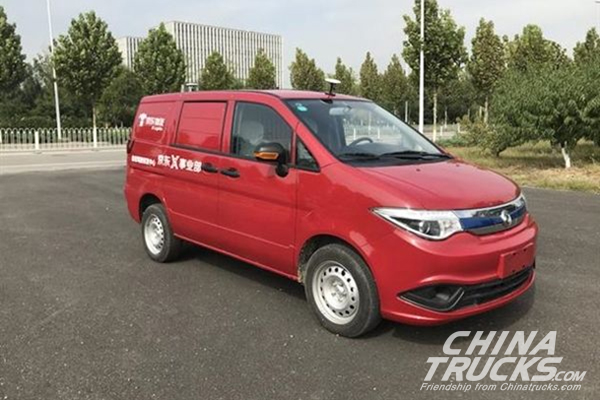 The front camera installed on the truck can analyse road conditions and identify traffic lights, which helps the truck realise a number of other autonomous features such as lane shift, parking-lot identification, and automatic parking.

It is the first autonomous vehicle launched for delivery purposes and JD has started trial tests of the new unmanned truck at areas designated by the traffic police, said the report, adding that a human driver is nevertheless sitting inside the vehicle to ensure safety during the trial.

JD has said it also teamed up with Dongfeng Motor to research and develop an unmanned light delivery van, without disclosing details.

The driverless truck is a new addition to JD's unmanned delivery vehicles, as the Chinese ecommerce giant has already utilized drones to deliver goods at certain areas in China that allow drone operation.

The drone developed by JD is able to carry packages weighing 1 ton or more and could realise long-distance deliveries, the company said earlier.

JD is the second-largest ecommerce platform in China after Alibaba, which reportedly owns over 2 million regular customers on its JD platform.