China unveiled an electric self-driving heavy truck in Shanghai on Thursday, according to CCTV, which is also a world first. 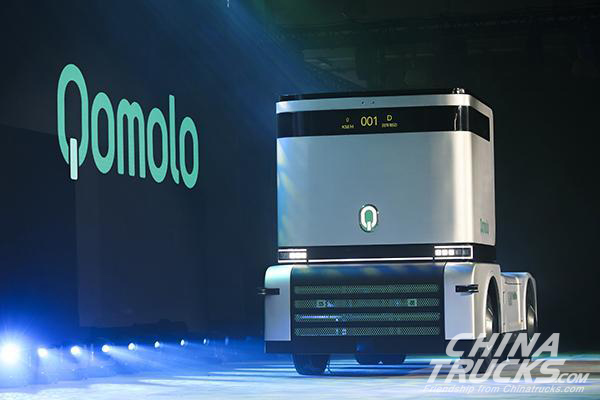 Fully developed by China, Q-Truck, the e-truck, features innovation in both design and performance.

It adopted a cab-less design, and installed batteries in the traditional cabin position instead. Facilitated by visual cameras and multiple industrial-level sensors, it has been verified to be able to maintain sound performance a variety of operating environments. 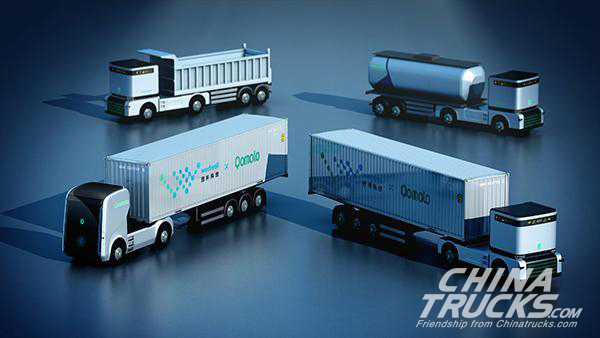 The vehicle can achieve a maximum load of 80 tons with a maximum gradeability, or its ability to climb slopes, of 15 percent, making it possible to handle load work in complicated sites. Meanwhile, it is equipped with an intelligent autonomous driving platform for various road conditions. Two truck models of low and high speeds can be expected in the future, which will be applied for multi-scene transport and operation, carrying containers, cargo in bulk, ore and hazardous goods.

The vehicle also boasts a round-the-clock operation free from weather effects. The performance remains stable from minus 35 degrees Celsius to 60 degrees Celsius and whether the weather is stormy or dry. 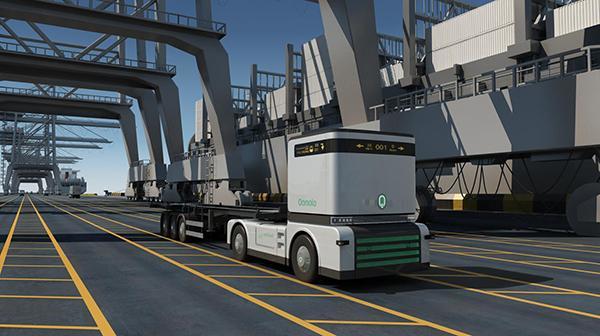 The truck is said to be more than ten times safer than traditional ones, thanks to its self-learning and judgment capabilities. Through multi-sensor fusion technology, the vehicle realizes full coverage using at least two sets of sensors in a 360-degree range, with the longest detection distance reaching up to 150 meters. In addition, it can effectively identify and predict the status of personnel and equipment at the port, so as to ensure a safe operation.

It is also green and economical. The truck can complete a 100-percent quick charge within two hours. As estimated, it costs only 102 yuan (about 15 US dollars) for 100 kilometers on average, which will be an annual savings of 67 percent on average compared with diesel-powered vehicles. (www.chinatrucks.com)