China's Kaiyun Motors to Bring Electric Pickup to U.S. for $8,950

China's Kaiyun Motors says it is expected to introduce its Pickman electric pickup truck to Europe and the US this year.In China, the battery-powered Pickman carries the 16,800 yuan ($2,470) price tag, less than the cost of two higher-end iPhones. While in the U.S., the pickup will have a great price of $8,950 for a road-legal version and plans to sell at least 10,000 of the Pickman trucks in the U.S. this year, according to Kaiyun founder Wangchao. 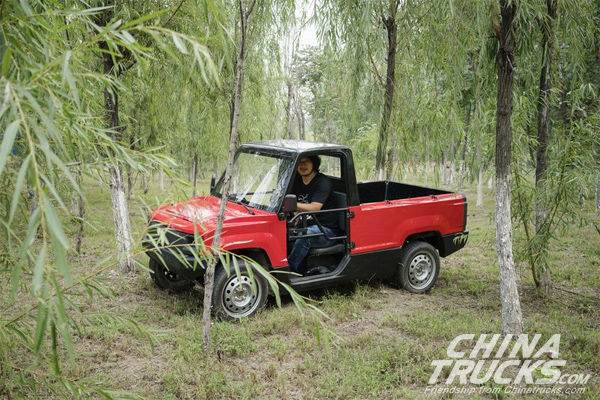 The top speed of Pickman is 45 kilometers (28 miles) per hour, they run on inexpensive lead-acid batteries, and feature a driving range of 120 kilometers (75 miles) on one charge.With a capacity to carry 1,100 pound (500 kilograms) of load, the vehicle will be enough for most pickup users, Wang said. Other than construction sites, the tiny pickup is suitable for farm owners, factory employees moving goods at their working sites and even commuters.

Kaiyun Motors Co Ltd.,a subsidiary of CSG Industrial Design Co., Ltd., was founded in 2014 and is based in Xingtai city, Hebei province, China. The electric vehicle company believes there's a place for its Pickman in today's world. As compared with giant Ford F-150 pickup truck, Pickman costs as little as one-tenth of a F-150.

Wang said his company have a small volume of Pickmans shipped to the U.S.in 2018 to test them out and get consumer feedback, and has continued to tailor the vehicle to the market. The company cleared regulatory approvals and certification processes for sales in the European Union in January and the first batch of Pickmans will arrive in Germany and Italy after Chinese Lunar New Year holiday, he said.