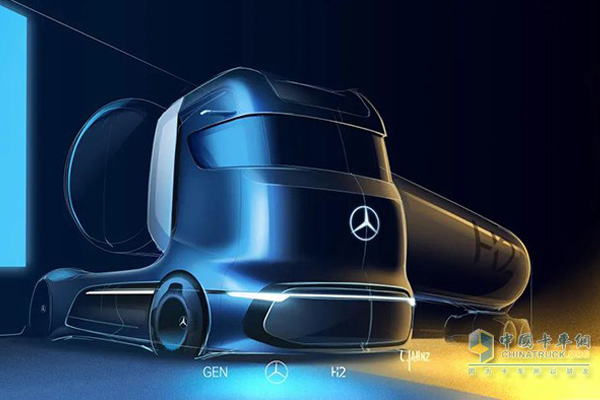 It's expected to have a range of up to 1,000 km (620 miles) using 80 kg of liquid hydrogen, stored in two stainless-steel tanks (40 kg each). Daimler explains: the stainless-steel tank system consists of two tubes, one within the other, that are connected to each other and vacuum-insulated.

The use of liquid hydrogen, instead of gaseous hydrogen, is crucial according to the manufacturer as it increases the overall energy density (smaller and lighter tanks) and allows for more range. On the other hand, Daimler needs to figure out how to commercially store liquid hydrogen in a mobile application at very low temperatures (in a stationary application is could be as low as -253°C). 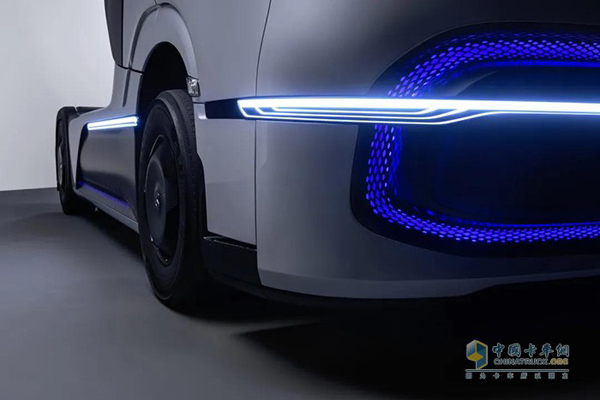 "Daimler Trucks is currently pressing ahead with the development of the necessary tank-system technologies to make liquid hydrogen usable also in mobile applications as an energy source for series-produced fuel-cell trucks. The storage of cryogenic liquid hydrogen at -253 degrees Celsius is already common practice in stationary applications, for example in industry or at hydrogen filling stations. This also applies to the transport of liquid hydrogen as cargo." 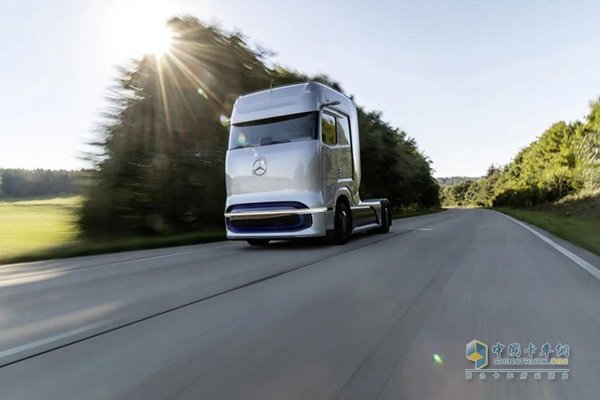 Customer trials of the Mercedes-Benz GenH2 Truck are expected in 2023, while the start of series production is promised in the second half of this decade (2025-2028 according to the presentation).

The hydrogen fuel cell system is ready for 300 kW of power (2x 150 kW), but because it might not be enough for two 330 kW motors (total 660 kW), there is also an auxiliary 70 kWh battery pack. It can provide an additional 400 kW for short periods of times, take care of regenerative braking and most importantly, be used to keep the fuel cell stack at an optimum stable output level. 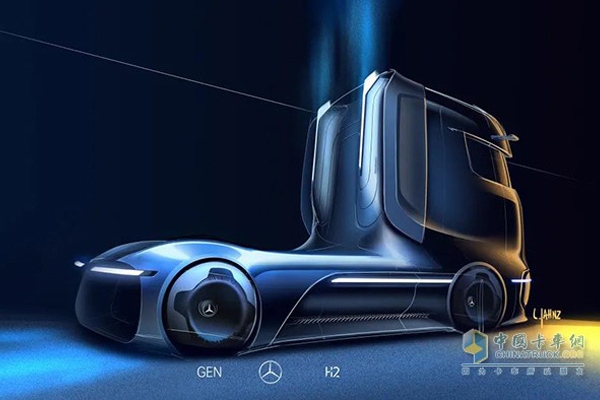 For the applications where the required range is not as high, the company plans to offer Mercedes-Benz eActros LongHaul (more on that in a separate post).