China's President Xi Jinping Praises XCMG's Innovative Contributions to Industry
On the afternoon of December 12, 2017, Xi Jinping, President of China, visited the premises of Xuzhou Construction Machinery Group Co., Ltd. (XCMG) in Xuzhou, Jiangsu Province. President Xi got into the all-terrain crane cab of the new XCA220 Model and asked technicians about the performance, production, and price of the crane. The product, which was fully developed in-house by XCMG, makes use of over thirty patents and is deployed in markets throughout the developed world. President Xi expressed his affirmation and encouragement toward constantly innovative enterprises such as XCMG. Benefiting from the Belt and Road Initiative, XCMG will expand its international layout throughout the whole world. 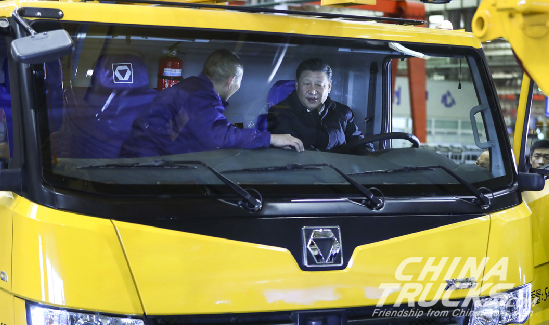 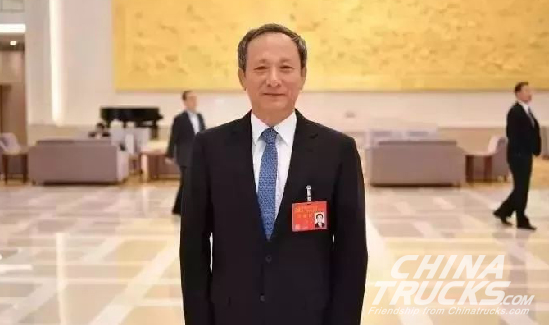 Export Substantially Rising And Excelling Industry Peers
According to customs data, XCMG YOY increase reached nearly 90% in 2017 and it becomes the first brand in Africa, Asia Pacific, Central Asia and West Asia North Africa. For more than 30 years, XCMG has been sowing the seeds of overseas development as the No.1 exporter in China's construction machinery industry. Today, we have over 40 branches and offices, 300 distributors, 500 dealers, and our export covers 178 countries and regions worldwide. Besides, XCMG attaches great importance to after-sales service and established 134 overseas service&spare parts centres. 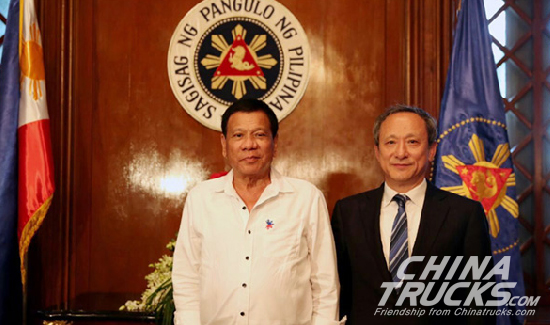 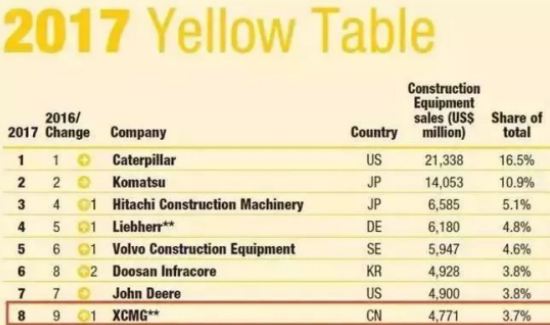 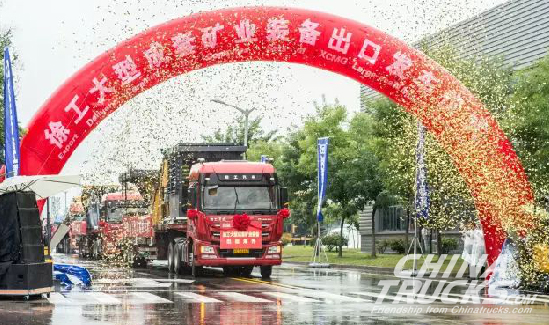 Today, complete sets of heavy mining equipment have become the strategic products of XCMG, with the breakthrough improvements achieved in products, technologies, quality and markets. XCMG offers mining solution package, including hydraulic excavators ranging from 70 to 700 tons, dumpers from 90 to 360 tons, loaders from 8 to 12 tons, graders from 300 to 550 horsepower and wheel dozers from 350 to 560 horsepower. XCMG has become the one and only company in China that can research, develop and produce complete sets of heavy open-pit mining equipment, and changed the competition pattern in the global sector. Moreover, XCMG received the award delivered by Rio Tinto for hydraulic cylinders working 100,000 hours accumulatively at Rio Tinto mine sites in Australia. 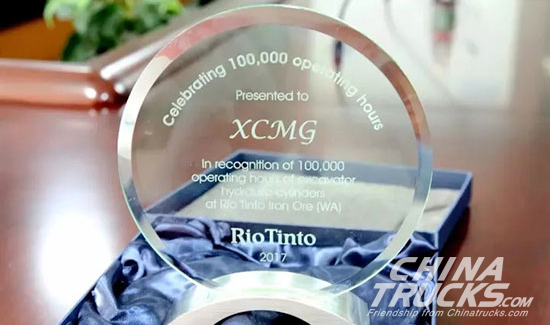 The Journey Of XCMG Rebranding "Made In China" In The World
Corresponding to its global strategy, XCMG proactively takes step on the worldwide activities. From 7th to 11th of March, CONEXPO-CON/AGG was grandly held in Las Vegas, USA. As the representative of China's construction machinery manufacturer and the pioneer in intelligent manufacturing, XCMG showed its excellent products with cutting-edge technology at the exhibition and won widespread recognition and praise from global customers. 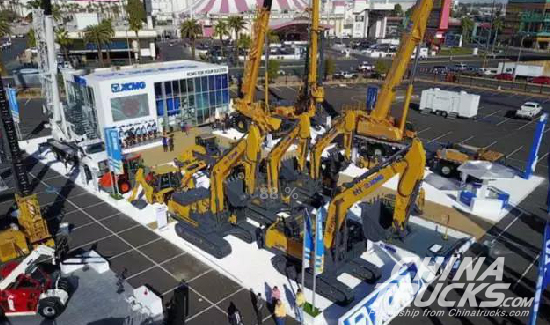 As the vanguard of the construction machinery industry in China, XCMG became a highlight at the EXCON exhibition, from 12th to 16th of December in Bangalore, India, when it showed up with many of its feature products. Occupying the large outdoor booth at this exhibition, XCMG and XCMG Schwing Stetter of India exhibited together 48 sets of construction machinery (including 12 sets of XCMG) within the area of 3000m2, attracting the wide attention of exhibitors and customers from all over the world. News about President Xi's visit to XCMG made XCMG booth more noticeable and won support from exhibitors and customers.

At BICES 2017 in Beijing, XCMG proudly presented its extensive line of products with 15 machines and 1 model, ranging from an all-terrain crane to a tandem vibratory roller. At an exhibition space covering more than 1200m2, XCMG showcased its newest technology and machines. With a global R&D team as high powered as its machines, XCMG has always managed to stay ahead of the curve, identifying and seizing opportunities to meet its customer demands amid ever-changing market landscape.

XCMG Shone At The 2017 World Crane And Transport Summit
In November, 2017 World Crane and Transport Summit was held in Amsterdam by KHL, the world-largest information provider on construction machinery industry. Liu Jiansen, General Manager of XCMG Imp.&Exp. Co., Ltd, made a speech on Crane Market Development In China. On the following round-table discussion, Mr. Liu had a profound exchange on crane and transport industry prospect, crane safety, crane standards, etc. with industry experts, wining warm affirmation and praise from the present audience. 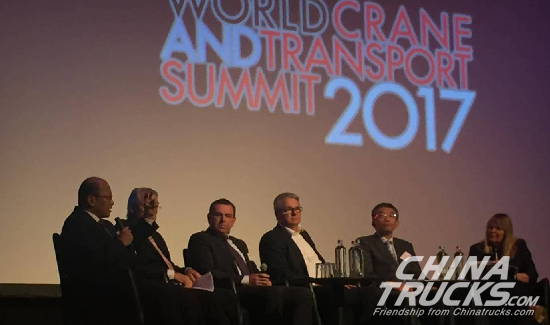 From November 21 to 22, the Second Enlarged Conference of the XCMG Overseas Market Strategy Advisory Committee under the theme of “Mutually-Beneficial & Everlasting Cooperation” was successfully held in Nanjing, Jiangsu Province. The XCMG Overseas Market Strategy Advisory Committee and some distributor representatives totaling nearly 100 people gathered together to share the main achievements and development mode of XCMG overseas business and discuss its internationalization strategy and localization operation. At the conference, the participants also exchanged views about the development strategy and cooperation mode of Cross-Border E-commerce as well as new products and business such as automobiles. 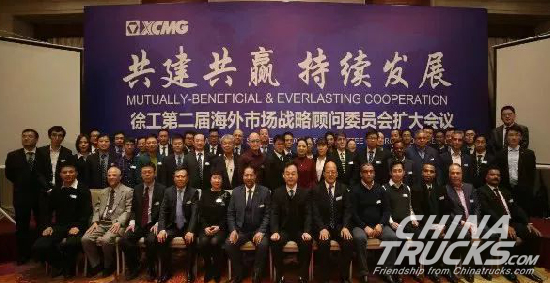 XCMG Expands Its Overseas Footprint
XCMG established its overseas branch company successively in Indonesia and Kazakhstan. The grand opening ceremony of XCMG Indonesia was held in Westin Jakarta on May 30, 2017. XCMG Indonesia will support benign development of distributors and promote sustainable development of XCMG in Indonesia, laying a solid foundation for XCMG to increase its influence upon the entire Asia Pacific region.

Two months later, the opening ceremony of XCMG Kazakhstan was held in Almaty, a southern city of the nation. Mr. Miao Hongbo, Consul-General, Mr. Liu Hongyue, Commercial Counselor of China’s Consulate General in Almaty and XCMG President Mr. Wang Min, Assistant President Mr. Liu Jiansen and other major agents of XCMG in Kazakhstan attended the ceremony. Mr. Liu Jiansen introduced the development history of XCMG in Kazakhstan and the strategic and marketing plans of the company’s local branch, saying that, in future, by joining hands with local distributors, XCMG Kazakhstan Company shall provide local customers with a more perfect one-stop experience and facilitate the sustainable development of XCMG in the country, creating a solid foundation for radiating over the whole Central Asia. 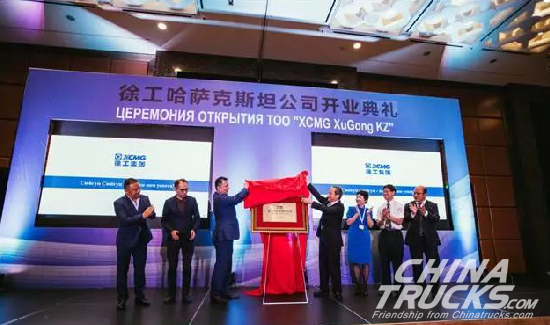