Thanks to China’s Belt Road Initiative, ZXAUTO has been speeding up its overseas expansion in recent years. Not long ago, the company’s high-end pickup officially entered Qatar in the Gulf Region, marking a new milestone for its internationalization. 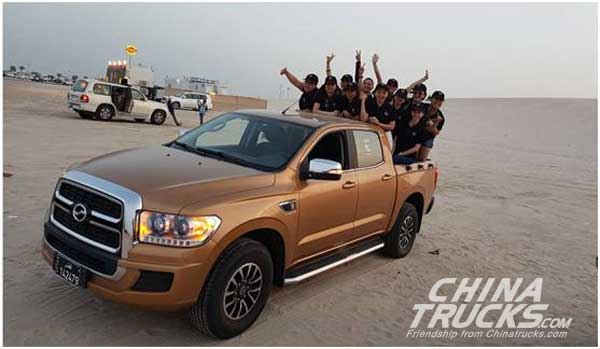 Fully aware of the strategic importance of the Gulf Region, ZXAUTO officially established cooperative ties with a distributor in Qatar in April, 2017. In October, 2017, ZXAUTO 2.4T made its debut and soon entered Qatar, UAE and Saudi Arabia for testing. Considering the special operation conditions in Qatar, ZXAUTO has made a number of adjustments to its vehicles, which have well stood the test of time and harsh weather in the country. The first batch of ZXAUTO for trial operation arrived in Qatar in early April this year.

As one of the leading Chinese auto brands in the overseas market, ZXAUTO has made impressive achievements in complete vehicle export, CKD and SKD exports in the past three decades. Currently, ZXAUTO has already established a solid presence in Iran, Laos, Myanmar, Nigeria, Zimbabwe, Syeria, etc. In the next three years, it plans to enter Pakistan and Russia, further strengthening its overall competitiveness in the global market. (www.chinatrucks.com)