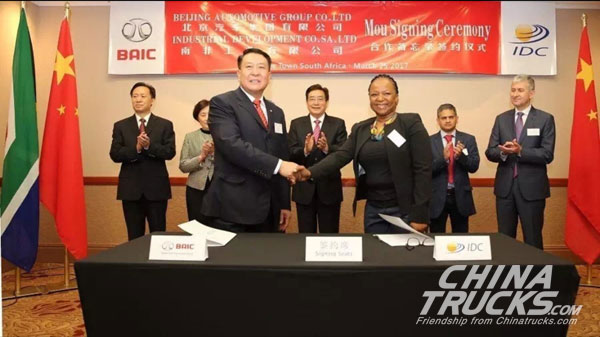 In Mexico, BAIC International has already set up three sales outlets and eight service stations. By the end of this year, the number of its service stations is expected to reach 25.
BAIC International was established in June, 2013. So far, the company has sold 57,000 units vehicles and set up 154 sales outlets in 47 countries in the world. In addition, it boasts over 100 service stations abroad. In 2016, the company’s export volume jumped to the eighth place in China. This year, BAIC International expects its export volume to reach 26,000 units and its business revenue to stand at two billion RMB.
In 2016, BAIC sold 2.8 million units vehicles, up by 15% year on year. Its business revenue reached 400 billion RMB, up by 17.9% year on year. Its joint venture, Beijing Benz registered a sales revenue of 90.48 billion RMB, up by 27.7% year on year. Beijing Hyundai, another joint venture, also realized a sales revenue of over 100 billion RMB and a profit over 10 billion RMB.
After acquiring 35% shares of Fujian Benz, BAIC has further solidified its position in the high-end vehicle market.