Back Up Belt and Road Initiative, Yuchai Expands into Global Market

www.chinatrucks.com: With the opportunity provided by Belt and Road Initiative, Yuchai, as a leading engine company with abundant capacity and strong competition, speeds up its update process in technology so as to meet international standard. In Q1 2017, the export of engine is almost 12,000 units, 61.8% of which was exported to Southeast Asia. The export to West Asia reports a jump of 265.8% year on year. The export to Latin America takes up 12%, up by 83.9% year on year. In Africa, Yuchai’s engines breaks into many countries, up by 73.3% year on year. The general engine product breaks the ice in West Africa, up by 189.4% year on year.

Yuchai has set up 143 overseas service outlets and exported its products to more than 170 countries and regions in Asia, Europe, America and Africa. In the meantime, it has carried out deep cooperation with more than 10 international leading companies on technologies and projects. 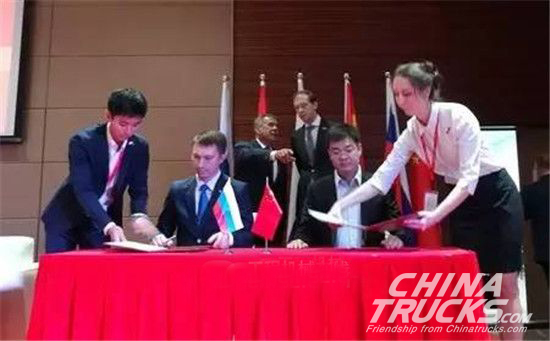