www.chinatrucks.com: From September 5 to 9, the biannual ComTrans was held in Crocus Exhibition Center in Moscow. As the largest and most influential commercial vehicle exhibition in East Europe, the exhibition was first launched 16 years ago.

A number of commercial vehicles, which are equipped with engines made by Dongfeng Cummins attended the exhibition, competing with such big brands as Volvo, MAN, Scania and Renault. 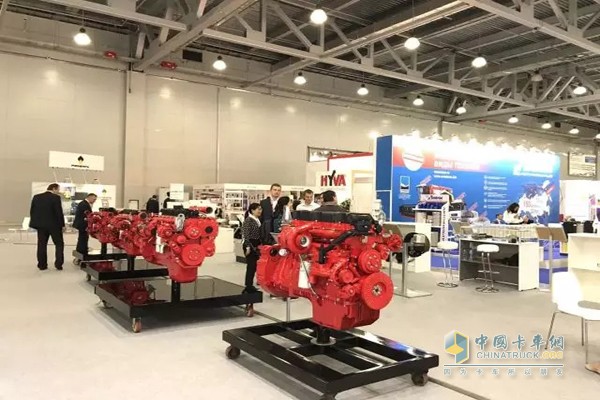 Xiong Zhenhong, General Manager of Dongfeng Cummins, who was on his visit to Russian customers, also led his company to attend the exhibition.

Yutong, an important cooperative partner of Dongfeng Cummins, put on display two coaches measuring 9 and 12 meters in length respectively. Both are equipped with Dongfeng Cummins 245 horsepower ISD6.7 engine and 360 horsepower ISL8.9 engine, both of which meet Euro V Emission Standards.

As the newly upgraded OEM bus models from China, all these buses have set much higher standards for their engines in overall reliability and fuel economy.

So far, Dongfeng Cummins has helped a number of vehicles successfully pass a series of stringent road trial operations, providing a solid backup for its domestic partners to go global. 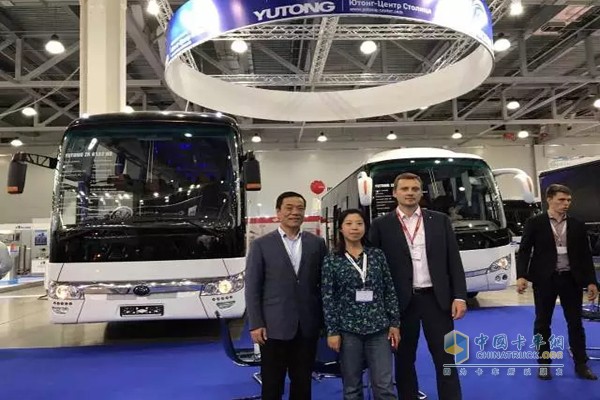 Apart from a number of domestic commercial vehicle brands, Dongfeng Cummins has also established cooperative ties with several well-known indigenous commercial vehicle brands. Kamaz Group, the top brand in Russian medium- and heavy-duty truck market, also brought its major truck models on display, which are equipped with Dongfeng Cummins ISD6.7 and ISL8.9 engines. When asked about the quality of Dongfeng Cummins engines, an employee from Kamaz raised his thumb, saying “Cummins engines have the best performance and reliability!”

Kamaz-Master, the Russian off-road truck racing team, is another big eye-catcher at this year’s exhibition. Since 2000, the team has won 12 championships in Le Dakar. In 2016, it joined hands with Dongfeng Cummins. With the help of Dongfeng Cummins ISZ13 engine, Kamaz-Master won the first place in 2017 Silk Road Rally.