www.chinatrucks.com: Premier Li Keqiang acted as a go-between, JAC and Volkswagen’s joint venture which is also Anhui Province “No.1 Project”, is undoubtedly the most outstanding event in the automobile industry during the first half year. 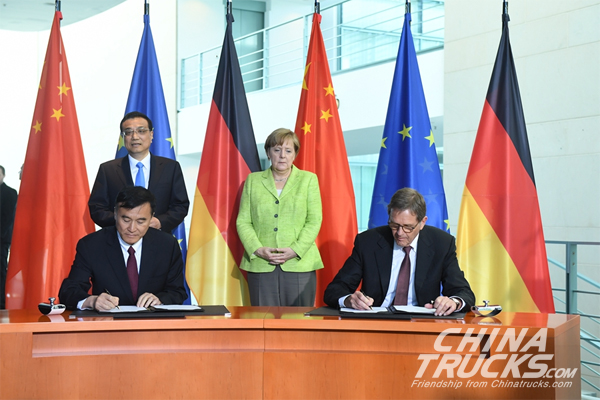 This joint venture has broken the policy barrier that foreign-owned enterprise can only have two joint ventures in China. Besides, it takes less than one month from the JV agreement signature on June 1st to the break ground of the project, which has created another record in Chinese automobile industry.

JAC technologies and market accumulation in the new energy vehicles are what Volkswagen attaches great importance, moreover, JAC is one of the earliest-developed pure electric vehicles enterprise in China, since 2002, JAC started the new energy areas’ layout. From iEV1 to iEV7, JAC new energy passenger vehicles have entered the R&D of the seventh products.

JAC not only formed advantages in new energy passenger vehicles’ area, but also kept the leading position in new energy commercial vehicles’ area. Based on the five-level R&D system, JAC has created the global new energy commercial vehicles’ platform. Early in 2014, JAC pure electric light-duty trucks have taken the lead in realizing the commercial operation with the mass release in the markets such as Sichuan, Shanghai. Currently, JAC has developed three pure electric commercial vehicles’ platforms including i3, i5 and i6 with the dead weight covering 0.5 ton-3 ton and the driving mileage of over 180km, moreover, they have used several advanced technologies such as remote monitoring system, brake energy recycling and intelligent energy management. According to the plan, JAC new commercial vehicles will take pure electric driving as the basic route, developing pure electric and plug-in products and realizing 13 segment markets layout in public service, commercial operation and private consumption. In the year of 2020, JAC aims to realize the full coverage of the products below 3.5T,and the production and sales of more than 30% in the year 2025. 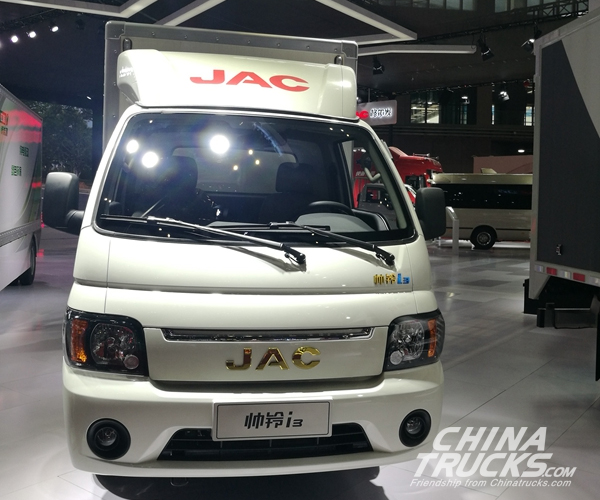 In the Cost Control, Market Adaption and Research Innovation, JAC has Years of Inheritance and Accumulation

“Through the cooperation with JAC, we have found that we can learn a lot from it, which is totally different from before. In the past days, only Chinese parts learn from foreign parts, and there is a large gap; but now we need to learn the cost control, efficiency, and market adaption from JAC, besides, JAC has better market control ability, thus the joint venture on this basis will be the mutual relationship instead of one-way output.” Volkswagen Group (China) executive vice-president Zhang Sui introduced.

In the new energy areas, JAC has finished seven-generation products’ development, and mastered eight core technologies including battery pack, electric motor, electric control, electric steering, electric brakes, energy recycling and battery thermal managements. While in the research of MPV and SUV, JAC has created the hot sale models, such as S2, S3, S5, S7, and in the research of light-duty trucks, JAC obviously stands at the leading position. During the past more than 50 years, JAC has released several classic products, leading the trend of Chinese light-duty trucks in different times. JAC newest product-the World Truck represents the highest level of Chinese light-duty trucks.

In the aspects of cost control and market adaptation, JAC has formed its unique competitiveness. JAC light-duty trucks have achieved the accumulative sales of more than 3000,000 units, with the No.1 position in the exports of middle and high end light-duty trucks for 15 years, JAC MPV has long-term led Chinese MPV market, S3 has kept SUV sales champion for two consecutive years，and JAC pure electric sedan is the best seller in the private consumption areas. No matter in China or overseas market, JAC has successfully established the “Beyond the Value” reputation. 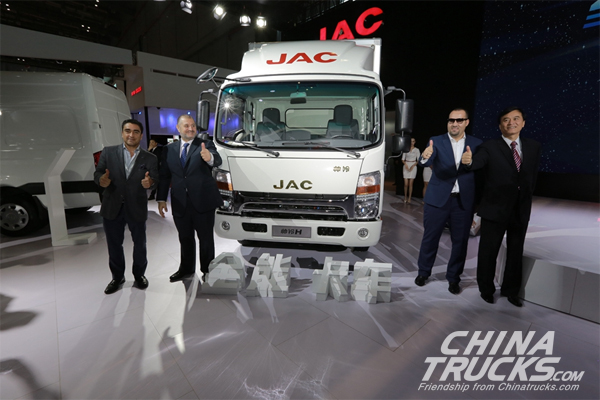 “This cooperation has started Volkswagen China’s new electric vehicles ’platform, even in commercial vehicles’ platform.” One of Volkswagen superior introduced when receiving the journalist’s interview.

At the beginning of both parts’ cooperation, several media guessed pick-up would be the opportunity to promote bilateral cooperation. In this year’s market, JAC J6 has demonstrated eye-catching performance. During January to July, T6 has accumulatively sold more than 13,000 units, up by 47%, becoming one of the most popular pick-ups

As is said by Anjin, JAC Chairman, “The cooperation mode JAC and Volkswagen group are discussing is complementary advantages and win-win, it is the “co-creation” model. We hope that this model can be created as a new model of China automobile industry’ opening up under the new situation.”