China National VI Emission Standards are expected to take effect on July 1st, 2020. Thus, China’s engine manufacturing industry is set to undergo radical changes in the next few years. As one of China’s leading players in the industry, Dongfeng Cummins has made full preparations. So far, some of its engine products are not only fully in line with China’s National VI Emission Standards, but also achieve higher reliability, higher fuel economy and more powerful performances. 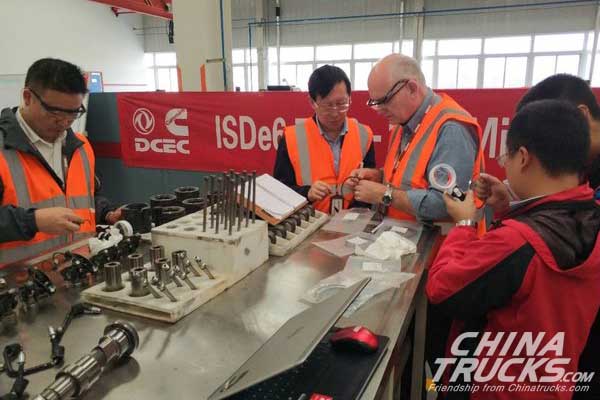 Backed up by its well-connected after-sales networks, Dongfeng Cummins has collected precious operation data from its customers about dozens of its engines which boast a mileage of over one million kilometers. Statistics have indicated that despite their super long mileage, the average fuel consumption of these well-performing engines is still far below the that of their counterparts.

In addition, the number of components on an engine made by Dongfeng Cummins is 20% less than that of its counterparts. With less components, the engine is less likely to experience technical problems and thus enjoys a longer life expectancy.

Inheriting all the strengths of its predecessors, Dongfeng Cummins engine meeting National VI Emission Standards will see a host of improvements in its power cylinders. Besides, it will further reduce the mechanical frictions and boost its heat efficiency. All these measures contribute to improving the engine’s fuel economy.

Both its Fatigue Lab and its Engine Data Analysis Room work closely to provide full support to the highest quality of Dongfeng Cummins’ engine products.

Regular maintenance made by Dongfeng Cummins also ensures the long life expectancy of its engine products. After working for every 20,000 kilometers, its engines are strongly advised to get readjusted with its valve clearance. (www.chinatrucks.com)