XCMG Explores Along the Belt and Road

Historically, the northeastern Africa is an integral part of the ancient "Maritime Silk Road", the utmost end and foremost destination to the west thereof. In the year 2013, the Chinese government put forward the Belt and Road Initiatives. During recent three years, the African continent, with plentiful resources, vast market potential as well as strong demand for infrastructure construction, has also positively participated into the building up of "belt and road". The African countries not only promote the transformation and upgrade of Sino-African economic and commercial cooperation through productivity collaboration, but also invest in the infrastructure construction and other interconnection projects through the Belt and Road Initiatives, which helps to boost the industrialization of Africa, realize the African Dream for poverty relief and development, and accelerate the process of African industrialization and economic integration.

Next, please follow the editor and find the track of XCMG products in Africa along the ancient maritime Silk Road. 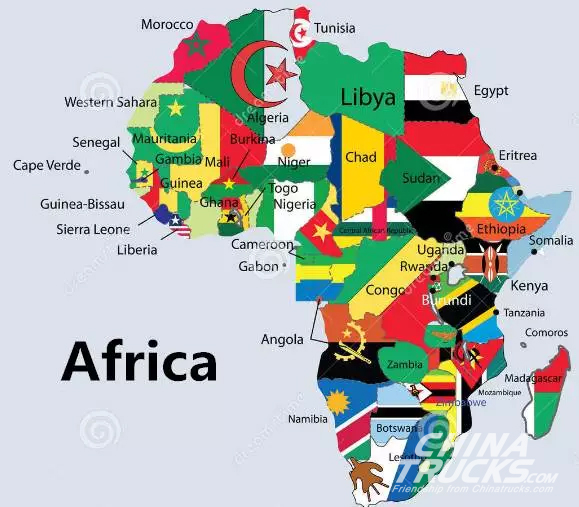 Kenya Mombasa-Nairobi Railway (KMNR) is the starting section of the East Africa railway network, with a total length 480 kilometers and a design transportation capacity of 25 million tons, which connects Kenya's capital Nairobi and East Africa's No.1 port Mombasa. KMNR is the first railway constructed in Kenya since its independence, which is also the first railway for China in totally adopting the Chinese standards. During the construction of the railway, the working conditions are demanding to extreme: to circumvent a number of natural protection zones and the migration period of animals, and meantime protect the plants along the line. Moreover，the time limit is tight short and the difficulty thereof is daunting, which also causes great challenges for the construction. Through the critical time point during construction, XCMG equipment undertake the duty as the supporting pole, and successfully endure a series of tests such as long time service and complicate working conditions and the like. 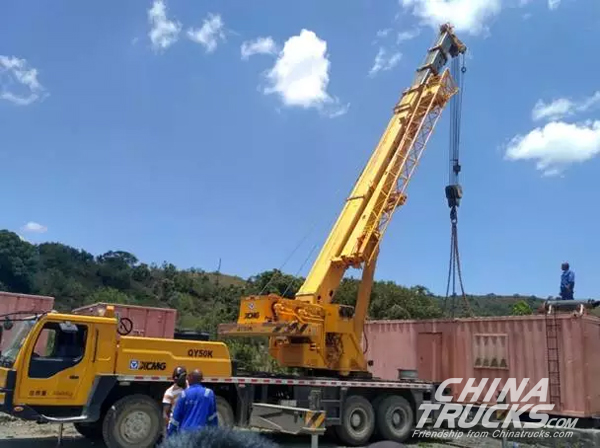 XCMG QY50K truck cranes conduct hoisting operation on construction sites of Kenya Nairobi-Malaba Railway. The railway project comprises three phases, section 2A of which has started, with early camp construction underway presently. As the mainstay force of early phase, XCMG QY50K truck cranes have been in service for several consecutive weeks, the reliability of which is fully demonstrated there.

Kenya A104 Road Rebuild project locates at Nakuru in western Kenya. Since A104 road is the largest section by trade scale along the Tanzania-Kenya-Uganda international road line, the project is listed into the key projects by the Ministry of Finance of Kenya, with a total trunk length 47 kilometer. Additionally, the project also involves a 5 Km bypass and 3 overpasses. XCMG provides 80% of the construction equipment for the road project, including mixing plant, mixer truck, grader, loader, crane, etc. By the properties of high efficiency and energy economy, XCMG products are invariably appraised by the construction parties.

XCMG QY30K5-1 truck cranes conduct hoisting operation in the street of Ethiopia Addis Ababa University campus. Ethiopia Addis Ababa University is the largest comprehensive institution, as the reputed university in local region, which boasts the most plentiful education resources in Ethiopia and significant honor across Africa. XCMG is regarded as one the Chinese machinery brands that take the lead to step into Ethiopia market and maintain a successful sales performance. For the construction project of the teaching building, Ethiopia side solicits tenders for a plurality of rounds. At last, XCMG wins the bidding by its absolute advantages in the aspects such as products, technology, service and the like, which shows that XCMG seizes an unchallengeable status in Ethiopia market.

XCMG truck cranes participate in the airport terminal extension project of Ethiopia Bole International Airport. The construction of the project is undertaken by Chinese-funded companies. As a landmark project of Ethiopia, the project comprises VIP lounge, duty-free shop, park, information center, recreational facilities, etc. As is said, the reception capacity of the airport as built will reach 25 million by 2025. QY25K-II truck crane is a flagship model XCMG exports to Africa, fame rising by its superior quality with affordable price, thus extremely popular among African customers. When completed, the airport terminal would be a significant landmark building in local area, so the construction of the project is a valuable opportunity for XCMG to demonstrate its excellent products. 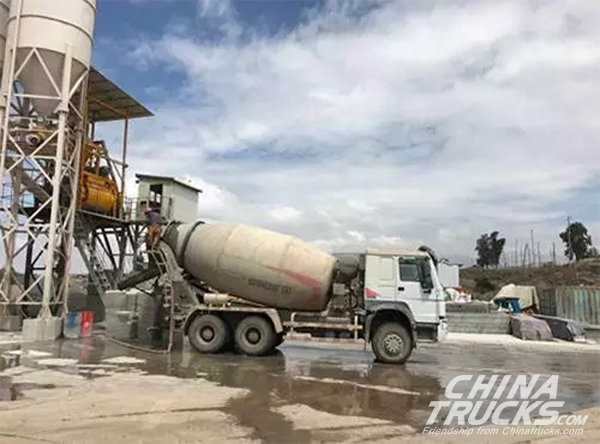 Encouraged by the Belt and Road Initiatives, more and more Chinese enterprises invest and build plants overseas. Ethiopia Huajian Light Industrial Park is invested by China Huajian Group, which is a model project in Ethiopia. As the superior brand of construction machinery in China, XCMG products are the first choice for domestic enterprises. On the construction site, the whole set XCMG concrete machineries work hard day and night, making contribution to Chinese enterprises for their blossoming everywhere in African continent.

XCMG loaders involve in the construction of Ethiopia Dire Dawa Industrial Park project. Ethiopia Dire Dawa Industrial Park locates at the starting section of the country's first special economic zone designed as per international standards, viz, Dire Dawa Special Economic Zone. The planned area of the park is 10 square kilometers, and its main aim is to take over the light industries such as textile & apparel, hardware tools, food processing and the like from China Kunshan Developmental Zone, devoted to build up a demonstrative park for Sino-Ethiopia cooperation. XCMG equipment shed golden hue shinning over African continent and make due contribution to the Sino-Ethiopia friendship.

This is exploration site of Ariab Gold Mine, east side of Khartoum, capital of Sudan. Under near 50℃ high temperature, XCMG XE215CLL has been keeping normal working state for 6000 hours in the midst of the Sahara Desert' dust, giving 100 percent satisfaction to customers with solid and reliable product quality, and also adding vitality to the sweltering and barren site adjacent the desert by the means of steady and surging power output.

This road section leads to the gold mine from Abouhamad mine area at Northern Sudan. In order to provide accessibility for mine vehicles, the local government funds the renovation of the road. XCMG ZL50GN loaders conduct construction operation at the road section. As the feedback of construction staff says: the construction site is ragingly dusty with high temperature and harsh working environment, however, XCMG products have steady quality and can consecutively maintain normal working state, so, XCMG is the trustable brand.

This is the construction site of shelterbelt renovation project located in Southern Tanzania, several XCMG XE370CA excavators waiting for next phase operation quietly. This machine model is the mainstay of XCMG excavator series, which is optimized on the aspects of power output, hydraulic property, and operation methods, etc., so it can adapt to the tropical rainy climate and is very suitable for the underdeveloped region like Africa due to its lower maintenance expenses, thus highly appraised by users invariably.

From planning deployment, to striking root, further to intensive cultivating, as the vanguard of the Belt and Road Initiatives, XCMG has experienced three years' in-depth involvement of the related construction projects. Keep in mind the conception "Advanced Technology for Lasting Service", XCMG products have won the trust from the countries along the Belt and Road, and fully demonstrated China's powerful capability to the outside world. In the future, moving forward along the Belt and Road, XCMG equipment will continue to shine on the stage of international cooperation.