100 XCMG Road Rollers are Exported to North America in Batches

www.chinatrucks.com: The grand opening of “2017 Delivery Ceremony of 100 XCMG Road Rollers to North America” has been held today, which has played a significant role in promoting the development of China’s manufacturing industry. 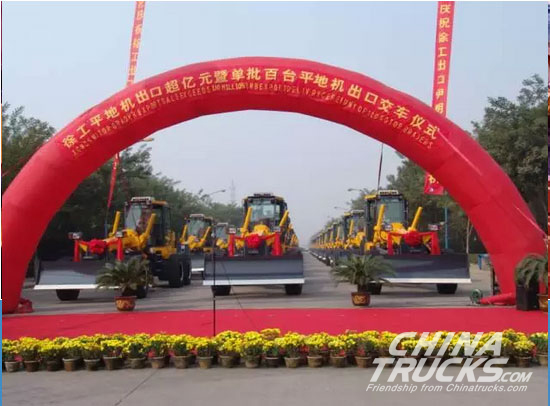 In recent years, XCMG has accelerated the pace of technology innovation and reliability enhancement with the product concept of “LeadingTechnology, Everlasting Products”. As the the leader in the construction machinery industry, XCMG continually occupies international high-end market. The sales of heavy-duty road rollers always rank first in global market.

Based on overseas market survey, XCMG promotes the development and improvement to improve the quality of manufacturing technology. The overall performance of products has stepped to a new level, continually enhancing customer satisfaction. Stabilizing the North American high-end market step by step, XCMG has received a batch of orders once again. This time, the products among the 100-unit orders cover two tonnages, both certified by the North America. Combined with characteristics of strong exciting force, high compaction efficiency, excellent compaction quality, human-oriented manipulation, as well as the overall performance reaching international leading level, XCMG high-end road roller will have more stable status in the market, thus making a contribution to the internationalization of XCMG. 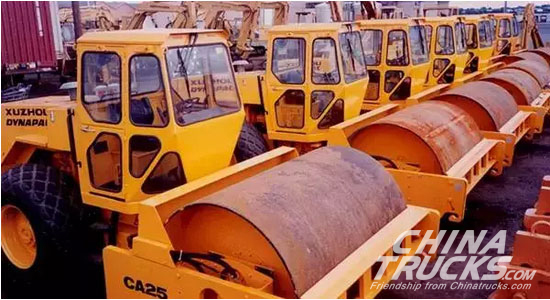 According to the industry sales report, year-on-year sales growth of XCMG road roller has exceeded 80% in the first half of 2017, with steady increase in market share. When mentioning compact machinery, people will firstly think of XCMG road roller, which has been the champion of brand attention of road machinery for nine consecutive years.

From China’s first steam-type roller produced by XCMG in 1960 to the introduction of foreign technology in the 1980s;

From volume exports to the United States in the 90’s to constant expansion in high-end market of North America;

From the original Munich ragged brand to the most prominent business card in the world’s major exhibitions XCMG roller heads forward all the way. 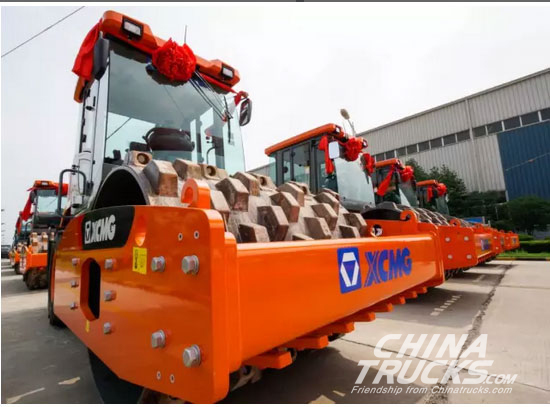 Rolling all difficulties and obstacles, it paved a variety of ways to success.

AS the leader of China’s construction machinery industry, XCMG positively responds to the national strategy of “The Belt and Road “, trying efforts to become a “high-end, international and world-class” Chinese enterprise for the country

Every big order, each step footprint are deeply engraved with the revival and rise of national industry In the 1990s, XCMG 100 rollers were exported to the United States refreshing the record of earliest volume export in China.

In 2006, XCMG grader obtained a big order of Nigeria, to export over 100 million RMB, refreshing the export records of domestic graders.

In 2011, XCMG won 4.8 billion orders from Venezuela, creating a historical record, where XCMG road machinery portfolio exported 500 units in batches once again refreshing the export records of road machinery. It is well known by the world as Made in China.

XCMG For Your Success

From the pioneering hardship to current glories From the root in Pengcheng to the steps in the world. From a local old state-owned enterprise to the fifth world’s construction machinery. XCMG staffs of generation after generation are still working hard around the world. They use their own actions to tell the world the vivid story of the revival of Chinese national industry. More than 2,000 service terminals over 6,000 technical experts and exceeding 5,000 marketing service staff serve in 177 countries and regions XCMG makes the world better. XCMG For Your Success.