Iran Khodro Diesel, a local truck-maker and a subsidiary of Iran Khodro Company, has launched the assembly line for two Hyundai trucks. 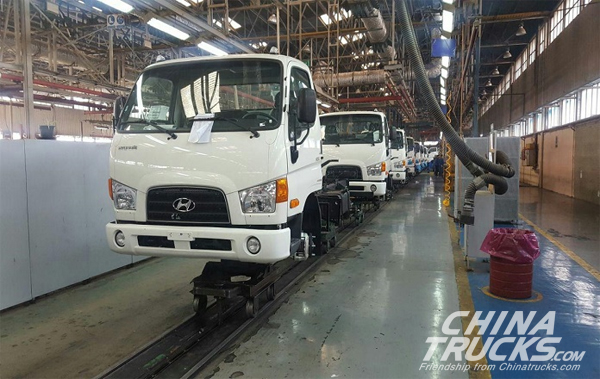 IKD and the South Korean firm signed a deal in August on the production and assembly of several models.

According to IKCO Press, two light-duty trucks HD78 and HD65 are assembled under the deal.

The two companies have a history of collaboration and IKD has produced several models of Hyundai trucks in the past. Their ties were cut when sanctions were imposed on Iran over its nuclear program.

The HD65 and HD78 are equipped with 140hp and 150hp Euro4 engines respectively, as well as diesel particulate filters.

DPF is a device designed to remove diesel particulate matter or soot from the exhaust gas of diesel engines. The company is yet to announce a price tag for the two trucks.

IKD CEO Alireza Saji, who was present at the launching ceremony, said, “Talks over expansion of ties are underway between IKD and Hyundai. We hope to produce/assemble buses, minibuses and other light-duty trucks in collaboration with Hyundai in Iran.”

According to Saji, technology transfer and localization top IKD’s agenda. “The share of Iran-made parts will be increased in locally manufactured Hyundai trucks over time,” he said, without elaborating further.