On December 27, Liudong Commercial Vehicle Production Base officially started operation, a new landmark in the history of Dongfeng Liuzhou Automobile Co., Ltd. (hereafter referred to as LiuZhou Motor) He Huanquan, Vice Mayor of Liuzhou, Xuan Ying, General Manager of LiuZhou Motor, Ma Xuyao, General Manager of Shaanxi Fast, together with a number of other distinguished guests witnessed the historical moment.

Set up in 1954, Dongfeng LiuZhou Motor is the largest commercial vehicle production base in Southern China. In 2017, the company rolled out several blockbuster products, including Chenglong H7 and T7, Chenglong H5 and T5, New Chenglong M3 and L3. In 2018, another Chenglong T5, a long-headed truck, is scheduled to hit the market.

After three years construction, Liudong Commercial Vehicle Production Base covers an area of 3,191.5 mu. With an investment of about two billion RMB, its first phase boasts a building area of 330,000 square meters. According to LiuZhou Motor, the production base is able to roll out 100,000 units medium-sized and heavy-duty trucks each year. It is also set to become a new generation of commercial vehicle production base with high energy efficiency and high environmental friendliness capable of developing high quality and cost-effective commercial vehicles. 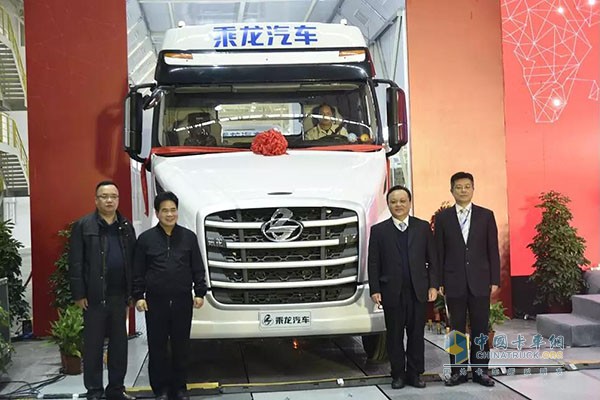