On July 28, Pony.ai and SANY Heavy Truck (SANY), a subsidiary of SANY Heavy Industry, announced that they would set up a joint venture to develop, produce and sell L4-class autonomous heavy truck products, and that they would integrate Pony.ai’s "virtual driver" with Sany Heavy Truck's technical accumulation in the field of wire-controlled chassis and vehicle development to jointly create a world-leading autonomous truck brand. 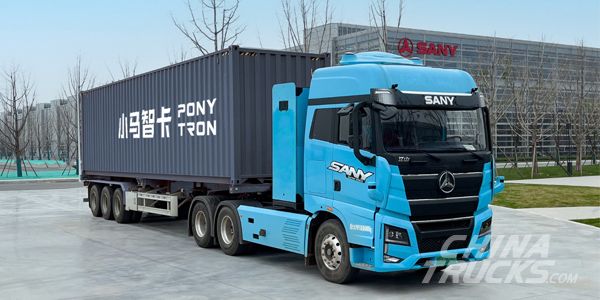 The joint venture plans to start small-scale deliveries in 2022, with mass production beginning in 2024, and in a few years the annual production is expected to exceed 10,000 units. The first prototype of the autonomous truck built on SANY’s new EV truck platform has already started road testing. Pony.ai’s domain controller designed based on the NVIDIA DRIVE Orin system-on-chip will also fully enable the autonomous trucks produced by the joint venture.

“Sany has industry-leading heavy truck manufacturing technology and has profoundly laid out new energy heavy trucks, intelligent network connection and other key areas, while Pony.ai has technological advantages in the field of autonomous driving and has begun practice in the field of intelligent logistics, the cooperation between the two sides will be the key to creating a successful intelligent truck and intelligent logistics ecology for L4 autonomous trucking.” said James Peng, Pony.ai’s co-founder and CEO. 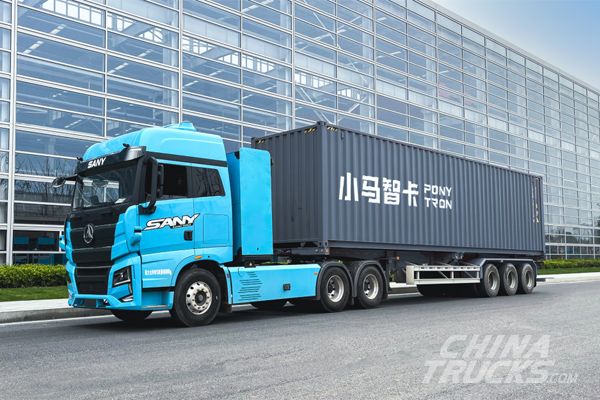 Founded in 2016, Pony has been developing Robotaxi and Robotruck technology, with total mileage of autonomous driving tests and operations reaching 14 million kilometres.

In April, Pony.ai established a joint venture with Sinotrans, a subsidiary of China Merchants Group, to put L4-class autonomous trucks into the road transport service. In June, Pony.ai was qualified to demonstrate run logistics vehicles in Guangzhou. Pony.ai was granted the first permit to test autonomous trucks in Guangzhou back in December 2020. 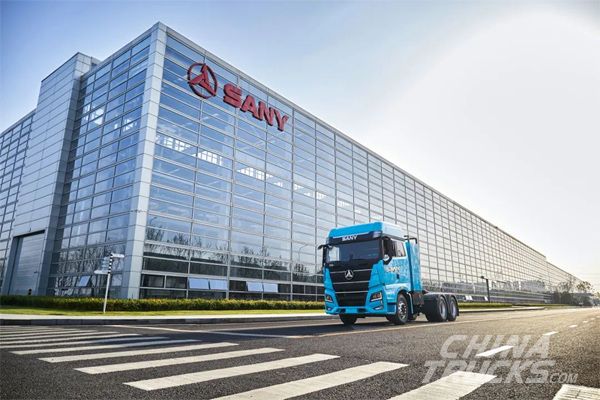 Pony.ai has core autonomous driving technology, which is the key to enabling logistics and future heavy truck manufacturing. The logistics company has accumulated a wealth of transport experience and a customer base while heavy truck manufacturers have the technology and expertise to develop and manufacture vehicles. Only when the three complement each other can the "golden triangle" work efficiently. According to Pony.ai’s better vehicle control and route planning, autonomous truck is 10-20% more energy efficient than conventional trucks. In addition, with the gradual expansion of the joint venture's new energy products, the joint venture will reduce carbon dioxide emissions by more than one million tonnes per year by 2030, an amount equal to the carbon dioxide absorbed by tens of thousands mu forest each year.