www.chinatrucks.com: In addition to luxury cars, SUV, sports cars, new energy vehicles and other amazing elements, heavy trucks, one of the important parts in China auto industry also appeared at the seventeenth Shanghai International Auto Show. It is noteworthy that, as China's heavy truck field Important listed companies, SINOTRUK launches intelligent connected truck and the “no-stop” service which was provided through a network connected with hundreds of service stations. 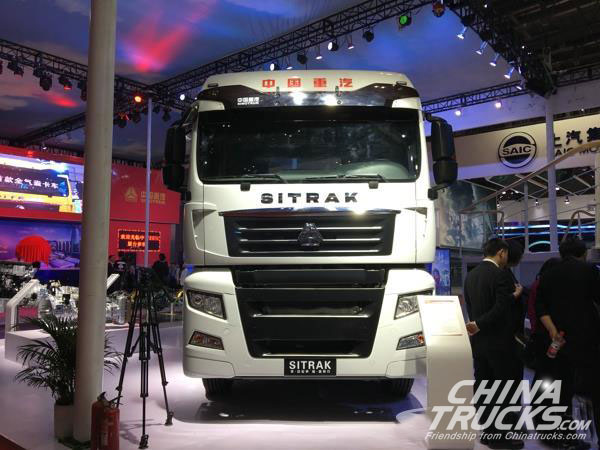 Intelligence highlighted as a future trend
In Q1 2017, affected by domestic infrastructure and other factors, China heavy truck sales have saw an significant increase. According to statistics released by CAAM, in March 2017, the production and sales of heavy trucks are up by 51.14% and 53.36% to 110,000 units and 114,600 units each.
All these facts indicate that China’s heavy truck development has good momentum in general. SINOTRUK, as China’s largest heavy truck production and export base, and for 12 consecutive years ranked first in China's heavy truck industry, brings 7 trucks including SITRAK C7H, HOWO-T6G and G5X and other assembly parts with new technologies to Auto Shanghai 2017. Among them, SITRAK is seen as a high-end benchmarking truck with MAN TG heavy truck technology introduced from Germany, which will face imported trucks. 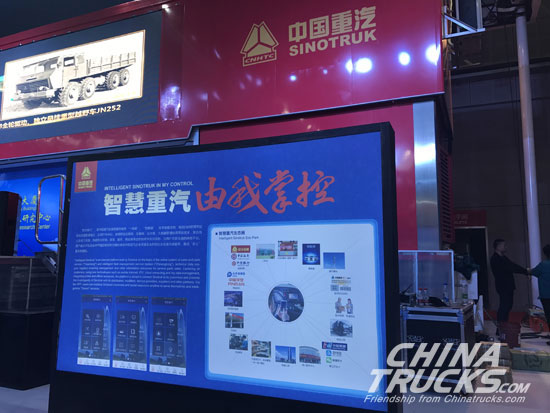 “Intelligent truck is identified as a future trend and we will launch a new product on to the market as chance comes,” said by General Manager Bao Hongliang from SINOTRUK Sales Department. At this autoshow, SINOTRUK displays C7H 6x4 intelligent truck, China’s first intelligent connected truck. Its humanizing security and stabilizing system make sure the control on steering and rollover prevention in dangerous conditions, improve the security and stability of the complete vehicle and help drivers to easily cope with various complex road conditions.
With respect to electronic braking system, comparing to traditional ABS, EBS shortens the response time and pressure establishing time for the braking system, enables the coherence in the electronic braking force distribution and trailer’s braking consistency to further shorten the braking distance and to improve the overall braking performance. “Advanced emergent braking system will detect the vehicle in front in a highly accurate way and improve the driving safety. The cruise control system realizes automatic speed adjustment and keeps a safe distance with the vehicle in front without the drivers’ interference, improving driving comfort, fuel economy and driving safety,” said by Bao Hongliang. 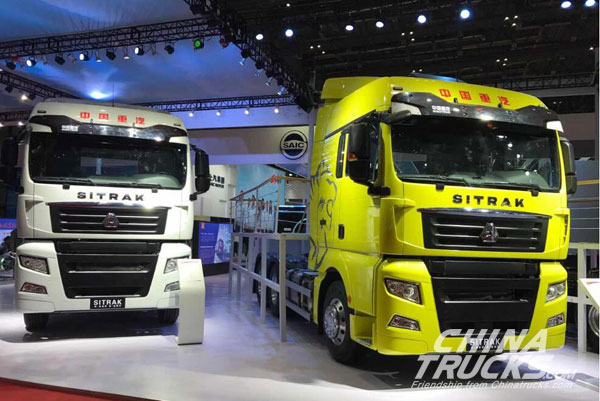 Develope business in both domestic and international market
In addition to China’s first intelligently connected truck, SINOTRUK also displays a “no-stop” service, which means according to VP of SINOTRUK Liu Peimin when there is default in transportation and transportation discontinues, SINOTRUK will offer fast rescue service and dispatch a vehicle from a third party to help users deliver cargos to destination if the default cannot be fixed within 24 hours after judgement. 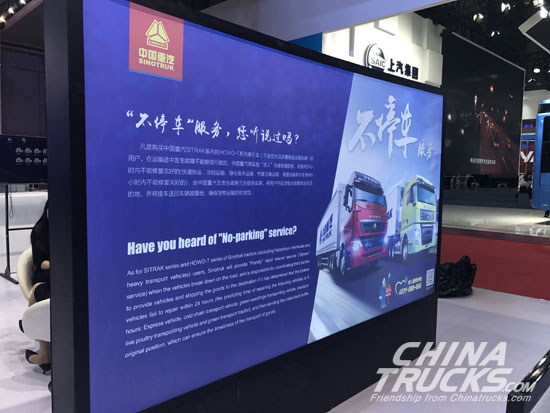 In March 2017, SINOTRUK produces and sells over 20,000 heavy trucks and over 10,000 light trucks. In Q1 2017, SINOTRUK sold 72,000 complete vehicles, including 46,000 heavy trucks, and 23,000 light trucks. “In face of china’s export continues to improve, SINOTRUK sees an export of 8,837 units in Q1 (LFN excluding light trucks), up by over 70% year on year,” said by Liu Wei, Sales Director of International Market of SINOTRUK.
According to Liu Wei, SINOTRUK has been ranking the first in Chinese heavy truck exporting market. Currently, SINOTRUK has established 8 production bases along the country of the “One Belt and One Road”. The overseas sales take up over 30% of its total income. In response to the “One Belt and One Road” strategy, SINOTRUK will further enhance and expand traditional way of exporting products and also cooperate with international companies to expand exports by outputting capital and technologies to conduct local production mainly in countries of Southeast Asia, South Asia, Middle Asia and Africa.
Related China Trucks News
Do You Want Any Help?