Shandong province, China-based Linglong Tires is considering a European factory. In the wake of media reports, Tyres & Accessories spoke with company representatives and learnt that a number of locations in both Eastern and Western Europe are being considered. 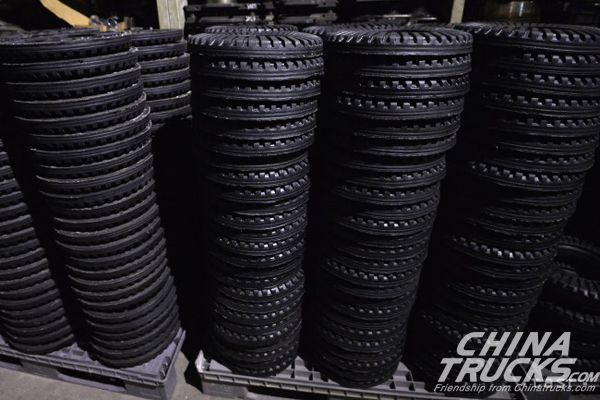 Locations in the Czech Republic, Poland, Slovakia and even Belgium are said to be the subject of discussions. Reports began flowing after Czech president Milos Zeman met with the chairman of the Chinese commission supervising banks and a representative of tyre maker Linglong Tire.

At this point in time, the company was reportedly looking for where to establish the next phase of its 3+3 production strategy, which calls for Linglong to invest in three Chinese production basis on the mainland and three outside of China. Tyres & Accessories understands that the European talks referred to the concept of bringing a new tyre factory to Europe.

Wang Feng’s face-to-face with Czech President, US plant next

Indeed on 12 May 2017, Wang Feng (the chairman of Linglong Tire) had a face-to-face talk with Czech president, Milos Zeman, in Beijing to discuss the future investment environment.

In response Wang Feng expressed his sincere welcome to the president and his team, and gave a brief introduction to Linglong’s 3+3 strategy and sales condition. By the end of 2020, the company will complete the two overseas production bases in America and Europe, gradually realizing the layout of three foreign production bases. At that time the annual production capacity will reach 80 million units. Meanwhile, the company is also studying the investment projects in Eastern European countries such as Czech, Poland and Hungary.

After the visit, the two sides held what have been characterised as “friendly talks”. Ambassador Dusan Bella and counsellor Miroslav TOMO introduced Slovakian investment policy and taxation and labour provisions to Linglong Tire and said that Slovakian government was willing to communicate directly with Linglong Tire and provide accurate and reliable information and policy to help Linglong to build its second overseas manufacturing base.

Linglong’s news also follows the company’s erstwhile attempts to buy Kumho – a bid the firm was ultimately outmanoeuvred in by fellow Shandong firm Doublestar. This is significant in the context of the European factory news because the construction of a European plant was also the “plan B” of Apollo Tyres when its own large-scale acquisition of Cooper Tires foundered a few years ago.

According to the latest research, Shandong Linglong is the fourth largest Chinese tyre manufacturer with 2016 sales of 10.5 billion yuan).