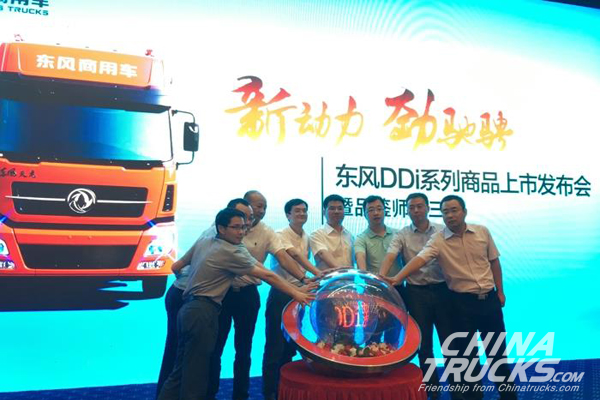 DDi engine was a medium-duty engine developed by the joint venture between Dongfeng and Volvo. It uses Volvo technology and has unique advantages in power, reliability, oil consumption and intelligence. 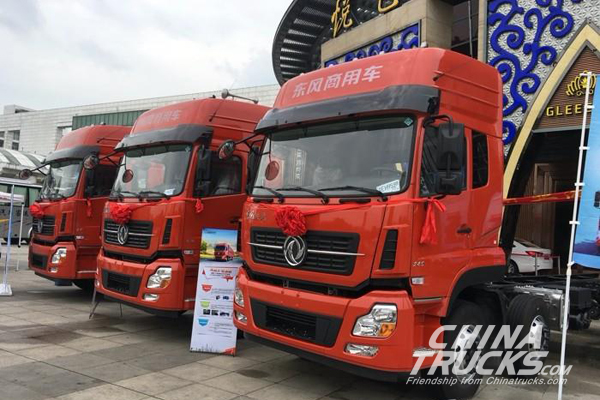 At the launch ceremony, Dongfeng shows a DDi 75 engine that has excellent performance in fuel consumption, intelligence, engine power and endurance. Dongfeng DDi75 engine, working with a matched German Bosch high-pressure fuel injection system, enables to produce a maximum injection pressure of 2000bar and lower the fuel consumption down to 188g/kw.h. That’s to say, It would save an extra 5% of fuel at least for the same power output. In terms of speed, it offers an extremely wide rotating speed ranging from 1100r/min to 1800r/min when travelling at an economic speed between 75-95km/h. In regard to power, DDi engine has taken its torque to a higher level at 1400Nm with outputs ranging from 245 to 350hp. Both of its torque and power are the best among the same kind and this will help make start, hill climbing, accelerate more powerful. 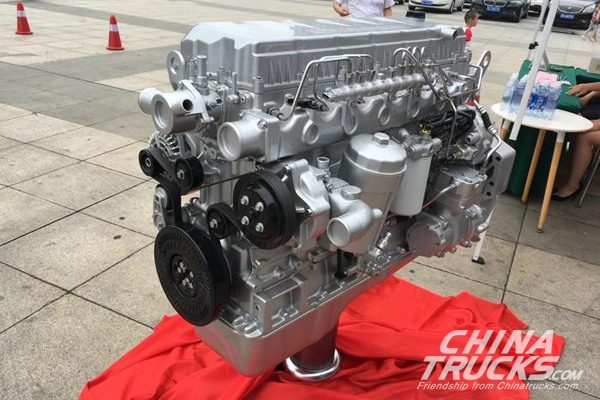 According to the driving type, the trucks on show at the launching ceremony can be classified into two: 6×2 and 8×4. The 6×2 Model are mainly used for green vegetables transport, live fish transport and express service thanks to its high speed. Let’s suppose it travels a distance of 1000km, it would have reached one hour earlier than its competitors. While the 8×4 Edition is mainly for the economic bulk cargo distribution market and has the best quality with the best price. 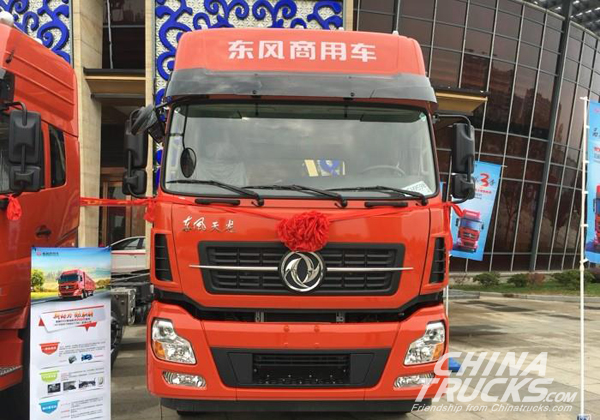 Dongfeng cargo truck with a DDi engine has passed through the engine bench test, environment test and road test under multiple environments, and the first 100 vehicle hit the road has operated for 10000 thousand kilometers without breaking down. Up till now, the operating trucks with DDi engine have reached 1500 units and been trusted and praised by its customers for low fuel consumption and high reliability. .