On March 12, 2018, FAW Jiefang announced that they have reached an agreement with PlusAI on the promotion of unmanned commercial vehicle. 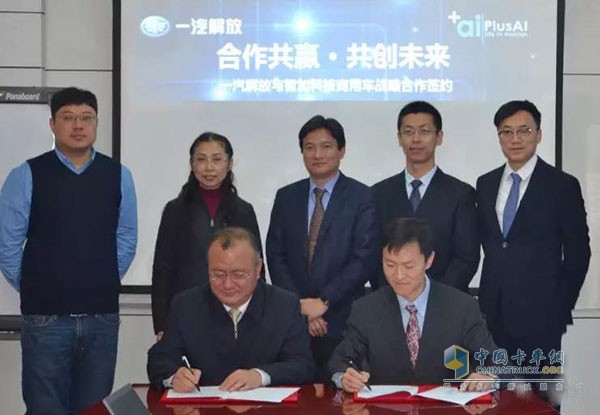 Under the agreement, the two parties will set up a team to develop intelligent driving CVs for applications on Highway, specified area and the first areas to achieve industrialization. Besides, they will carry out in-depth cooperation on basic technology research, work together to advance the vehicle test, operation and market exploration in North America and China.

This is not the first time for FAW Jiefang to be involved in intelligent driving. As early as April, 2017, FAW has begun conducting a closed ground test using one tractor and dumper and in the same October, it finished the road test on functions related to intelligent driving including adaptive cruise, lane keeping, and automatic emergency braking on highway. 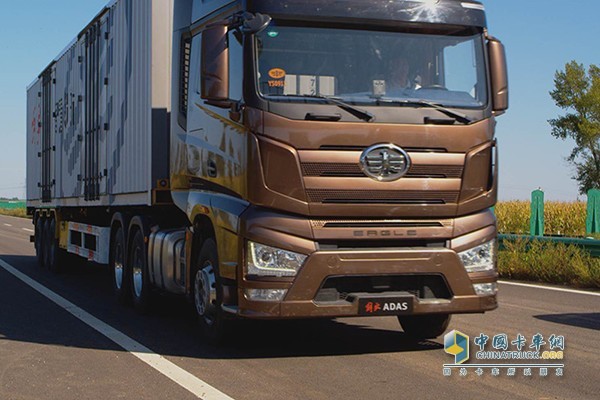 Both parties didn’t disclosure more details on the level of intelligent driving and the specific truck model to be used.

As a matter of fact, there are lots of ADAS companies in China that are exploring the intelligent driving technology for commercial vehicles. Except for the above mentioned PlusAI, Tusimple is another one that focuses on truck intelligent driving, while TrunkTech and Westwell are the ones that mainly involved in port autonomous driving.

We can see PlusAI’s determination to expand in China from the branches opened in Silicon Valley, and in China’s Beijing, Shanghai and Xi’an.

At this year’s CES Expo, the PlusAI prototype also came to the event. It traveled all the way by itself from the Bay Area to Las Vegas and completes 850 kilometers mostly in autonomous mode. On the highway, it even reaches its maximum speed of 120-130km/h, this is amazing for a L3 level test car and proves that its technology is stable to some extent. (www.chinatrucks.com)